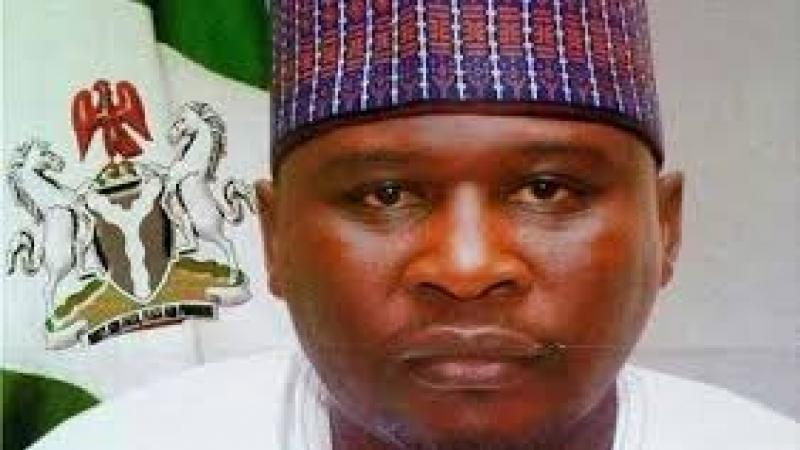 Declaring his interest Saturday at a ceremony at the party secretariat in Yola, Fintiri with his campaign slogan “Fresh Air 2019” said the state has been lagging behind and risk the possibility of remming so if nothing was done to address the problem by having an experienced and committed person like him.

Fintiri said that poverty, unemployment and other negative development indices have continue to increase in the state despite steady income from FAAC due to bad leadership.

“What I am presenting here is rather than curse the darkness , let us light a candle. I am presenting to you here a man that is focused on where exactly we want to take our state in the next one or two decades and beyond.

“It shouldn’t be difficult to look into the future and say we want our state to be in the class of its peers..,” Fintiri said.

He listed and explained how he would transformed areas of priority like agriculture, water supply, health, education, environment, civil service women and youth empowerment as well as internally generated revenue.

Responding, the Adamawa State Chairman of PDP, Barrister A.T Shehu, lauded the contributions and sustain support the party enjoys from Fintiri, adding that the declaration of interest by Fintiri was a welcome development.

Shehu assured Fintiri and other aspirants of level playing field for the party’s ticket.

Shehu also reiterated the party’s support to former Vice President Atiku Abubakar aspiration for the presidential ticket of the party. ” For 2019 general elections, we will go for Atiku Abubakar and no doubt about it.

“Amongst all the Aspirants who are vying for the office of the President today, in our great Party, we know they are all capable and have quality to rule the country; but as you know, all animals are equals, but some are more equal than others”, Shehu said.

Highlights of the Saturday occasion which attracted unprecedented crowd despite a heavy downpour is the official inauguration of Fintiri’s campaign office and a drive round major streets in the town to acknowledge cheers from supporters.