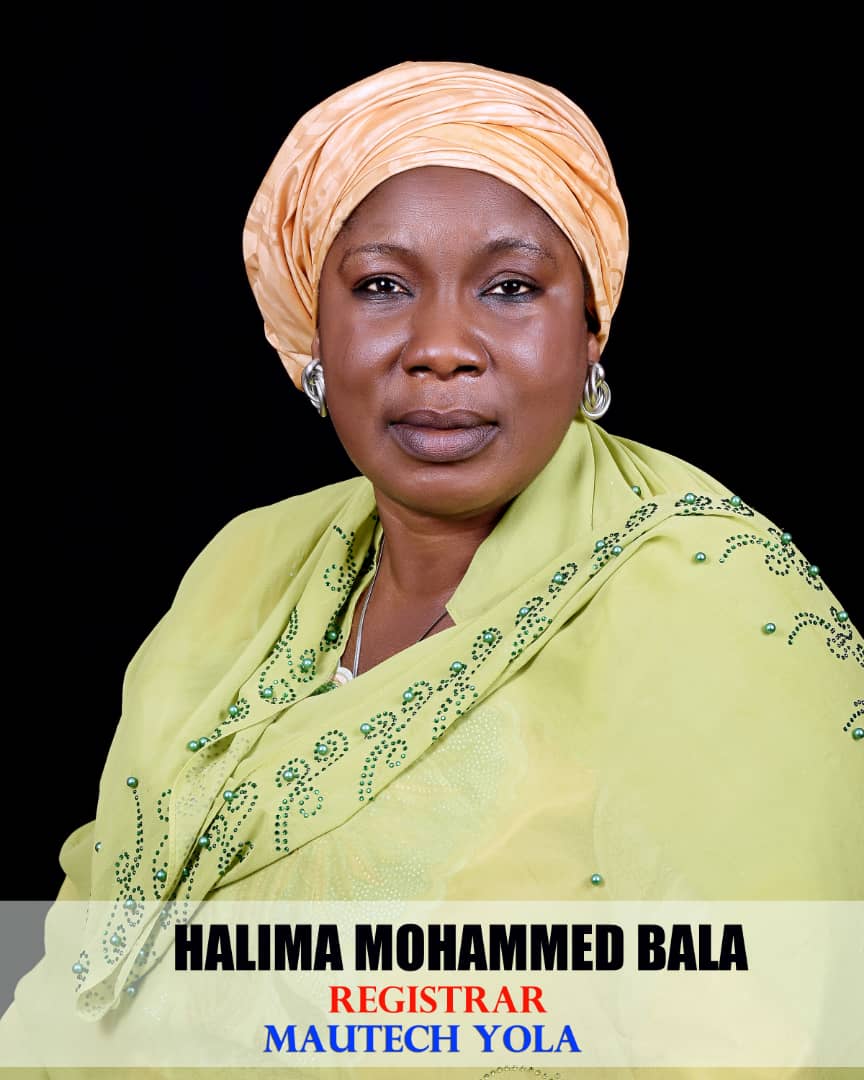 The Modibbo Adama University of Technology (MAUTECH), Yola has announced the appointment of Hajiya Halima Mohammed Bala as the substantive Registrar of the university.

The appointment celebrated Halima as the first female Registrar of the institution since its establishment over 20 years ago.

A statement by Acting Information Officer of the university, Mallam Sa’ad Aliyu said the appointment which would take effect from Wednesday followed the approval by the Governing Council of the university at its 91 regular meeting, where it considered the recommendation of institution’s Selection Board.

“Her appointment is with effect from 5th September 2018. The appointment is for a single term of five years subject to extension at the liberty of the Governing Council.”

Halima who joined the service of the university as an Administrative Officer in 1998 was before her appointment, the Deputy Registrar, Information and Publicity.

Similarly, the statement announced the appointment of Dr. Tukur Abba as the substantive university librarian.

The Nigerian Institute of Public Relations NIPR Adamawa state chapter on behalf of the national body, heartily congratulated Halima over her appointment.

“It is worthy of note that Haj. Halima Mohammed Bala has been an active member of the NIPR,. Her contributions to Adamawa State Chapter cannot be overemphasised.

About 10 candidates were said to have applied for the position of a registrar that was announced vacant.

Three of the ten could not make it to the interview owing to the constraints associated with malnourished requirements.

The advantage Halima has got over the six contestants during the interview, it was revealed, was the opportunity she has got in being posted to various departments and areas of responsibilities in the cause of her experiences gained over ten years with her employment in the university.