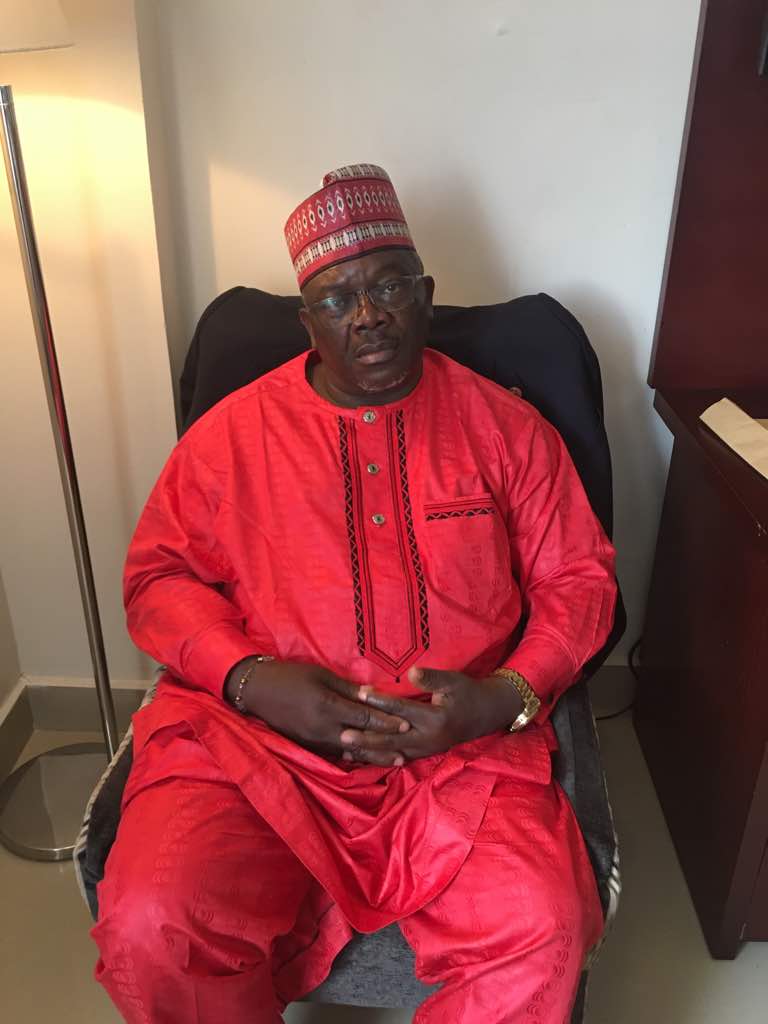 The National Secretariat of the Road Transport Employers Association of Nigeria (RTEAN), which houses the Office of the National President, Alhaji Musa Shehu Isiwele, has been forcefully and illegally taken over by a group of “thugs”, says the union.
The invasion and forceful takeover, according to the association, was effected by one Mr. Osakpamwen Eriyo, the former Edo State Chairman of the union, who the association said has been severally warned dismissed from the group.
Brandishing copies of documents, the national president of the association who is currently in hiding told journalists he and his family have been running from pillar to post in hiding, due to the threats made by Osakpamwen Eriyo and his thugs to kill him, the union’s president.
The RTEAN president said it is in both the public and union’s records, that the said Eriyo once signed a letter of undertaking to abide by the rules and regulations of the association, and abide by the conducts governing the members of the association.
According to the RTEAN president, Mr. Eriyo was also issued with a warning letter, following his consistent breach of the union’s rules, alongside other criminal acts, including illegal conversion of the union’s proceeds from operators, union’s tickets, manifests and other union’s properties.
Alhaji Isiwele said another warning letter was issued to Eriyo after he flagrantly violated the rules by paying unions revenues into his personal bank accounts and converting vehicles meant for the union into personal use.
The union explained a letter of dismissal dated January 20, 2017 was issued to Eriyo based on hiss observed gross and grace misconduct, mischievous acts, subversiveness, and insubordination which they said has caused disaffection in the Edo state branch of the union and the association in general.
Following his dismissal from the union, Eriyo, the association said, forcefully and illegally broke into national secretariat of the union in Abuja, destroying properties belonging to the union and threatening to kill or maim anyone who dares him.
The union said it is calling on the police and other security agencies to do the needful before the situation gets out of hands, as members of the union are spoiling for war to expel the intruders from the union’s national secretariat.

I’ll Leave What Fayose Did In Ekiti To God- Fayemi