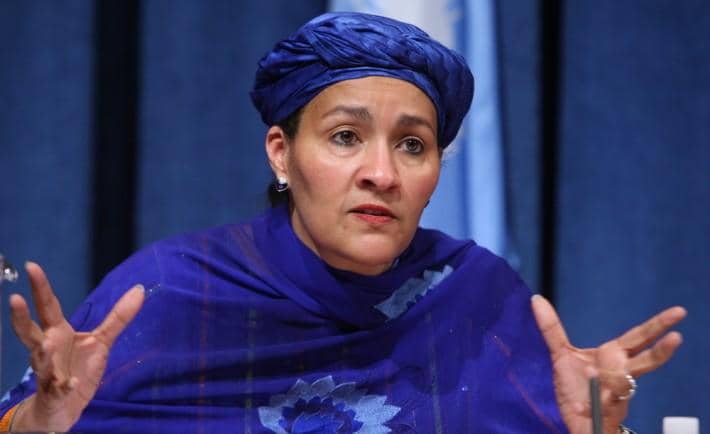 The Deputy Secretary-General of the United Nations, Amina Mohammed, has expressed worries over the rising level of Nigeria’s debt.

According to Mohammed, who served in the cabinet of President Muhammadu Buhari as environment minister before she bagged the UN job, the country is now back to worrying levels of debt after the administration of former President Olusegun Obasanjo got Nigeria out of debt through the erstwhile Minister of Finance, Dr Ngozi Okonjo-Iweala.

Speaking at the International Monetary Fund and the UN Working Together Conversation monitored by TheCable on Tuesday, Mohammed expressed her worry on the rising level of debt in Nigeria and the rest of Africa.

She said the UN and IMF must have better conversation on the demands of a growing economy, seeking ways to make growth better and inclusive.

She stated, “Public resources are always going to be important, and so is ODA and the private sector. But I think we still haven’t yet got quite the solution and I hope that the work that we do together will open up that space to think more on how to leverage that.

“As I was coming up from New York, some of the concerns that came up from the meeting we had in China just recently and reports that we have, the debt issues are really big. I mean, having experienced what it was for Ngozi (Okonjo-Iweala) to get debt relief.

“It took her a few years to convince people, and we are now back again in my country, with a level of debt that is worrying. It’s happening all over. Africa, is that the way we want to go?

“I think we really need to sit down and have a better conversation about all the tasks of a growing economy that needs to be inclusive; it needs to succeed because stability is needed more than ever today across our countries and where we are working.”