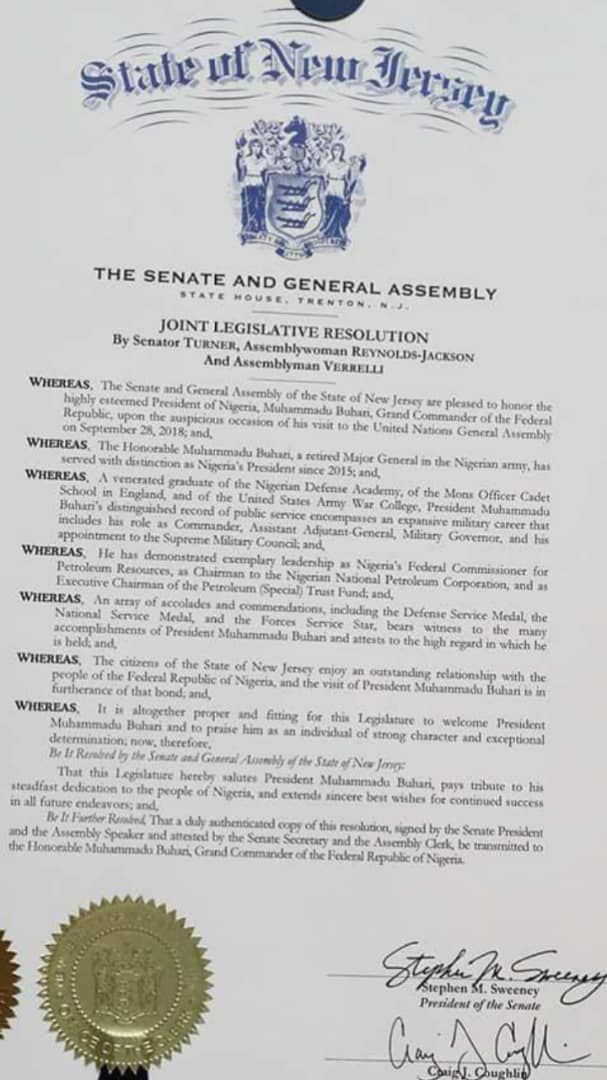 I am still at a loss trying to comprehend the now very obvious media and publicity under reporting conspiracy now blatantly, and I dare say, audaciously directed towards Nigeria’s President, Muhammmadu Buhari and his government.

It is even gloomier to observe that those who should know these things and how to manage them, have either chosen to play the ostrich, or even worse, conspire with the “enemies” to undercut the president and Nigerians, through non or under reporting of the president positive socio political and economic engagements at home and abroad.

Firstly, if I may I ask how many Nigerians are aware of what happened immediately President Muhammadu Buhari’s brilliant presentation at the high level roundtable on corruption, migration and bridging Africa’s infrastructure gap in New York last week?

Meanwhile, this was at a global a programme on the margins of the 73rd United Nations General Assembly, not some domestic, political sentiments influenced activity at home. Yet the mainstream media at home in Nigeria choose to ignore that amazing story.

It is on record, though not many are aware, that what followed immediately President Buhari’s presentation in New York, that Dr. Diane Campbell, representing Senator Turner of New Jersey, then stepped forward, read a citation of the Nigerian leader, acknowledging his military, professional and political strides.

Why was this brilliant piece of new story not given much prominence in the Nigerian media?

It is on public record also, that the Chairman of Nigerian Coalition for Business Development and Investment, Dr. Jude Iheoma, read a citation on behalf of the City of Philadelphia for President Buhari, who in his elegance, stood ramrod straight as the hall erupted in rapturous applause.

And with humility; and with the world watching, President Buhari, received these honnours on behalf of the people of Nigeria.

Now, for an event of such honnour that was witnessed by international investors and captains of industry, ministers; directors-general, CEOs, the International Community, Professor Ibrahim Gambari, and top senior government officials from Nigeria and the USA, is it not a surprise the news was not reported in Nigeria’s mainstream media?

Where were all the mediums that have at one time or the other benefited from the president’s large heartedness?

Where were all the journalists that travelled with the president who are supposed to pick up these news and let the world, particularly Nigerians know about them?

Where were all the myriad of media aides and assistants that travelled with the president and the entourage? My guess is that they were busy with “other things”.

As a development journalist myself, and winner of several awards, this may sound like a harsh criticism of my colleagues, but there is only one thing that stands the test of time, and that is the truth.

I have worked as a journalist in most of the leading news mediums in Nigeria, and by God, this apathy is not what the Nigerian journalist is known for. Someone is got to be pulling the strings somewhere to make the president and the country not shine so bright like it should; like this award and recognition in America should have done.

For the sake of clarity, this sad development is without any doubt, Nigeria’s mainstream media vs its current president.

Most of this week, the foreign news space was awash with stories about those awards and recognition given to President Buhari by the Cities of New Jersey and Philadelphia in the United States of America.

How, why and when our own news mediums in Nigeria missed that story is still baffling to me.

I stand to be corrected. Apart from the Nigeria Television Authority, which published the news on its website, no mainstream media or even conventional saw that news worthy enough to give prominence.

To my mind, this is gang up. How can the president of Nigeria receive such honnours and no Nigerian media found that compelling enough a story to tell, even after the Special Adviser to the president on media and publicity, Mr. Femi Adesina, had described the honnour as a day of glory for President Muhammadu Buhari as the State of New Jersey and City of Philadelphia gave him special citations in New York this week?