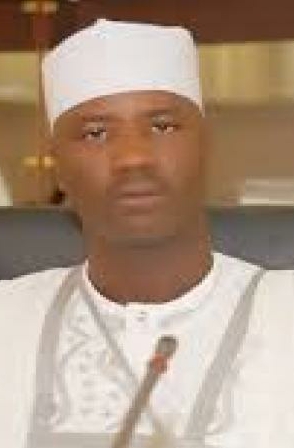 Adamawa House of Assembly has disowned statement by Hon. Abdurahman Abubakar (ADC-Mubi South) accusing the executive of continuous refusal to meet the demand of the house in submitting details of the state accounts for the past three years.

Abubakar who is known as the House Standing Committee Chairman on Budget and Appropriation, told newsmen that the state Commissioner of Finance has refused to meet the request forwarded to him on the matter two months ago.

Reacting to the development, the Majority leader of the state house of assembly Hon. Hassan Barguma (APC-Hong) said, Abubakar who recently defected from APC to ADC, was speaking out of frustration for losing out in APC.

Barguma said that apart from having no right to speak on behalf of the house, Abubakar who has since lost his position as the house committee chairman on budget and appropriation, was just being petty as this was not the first time he was involved in such drama of transfer of aggression.

“As Majority Leader of the House, I want to categorically response to some issues raised by member representing Mubi South. It’s quite unfortunate that a senatorial aspirant like him who claimed to be Honourable and want to go to the Red Chamber at this early stage, will make such type of statement.

“It’s not the first time he is making such false allegations against the house, which had earlier led to his suspension,” Barguma said.

Barguma also berated Abubakar for saying that he regretted being part of the assembly as well as the allegation that some members collected N5 million each to shut the assembly sine die, adding that Abubakar would be made to appear before the House Ethics and Priviledges Committee whenever the house resumed, to make explanation.

“He has to face the ethics and priviledges committee, and if necessary, he will be punish if he fails to provide evidence for his allegations against the house,” Barguma said.

Also speaking, the House Committee Chairman on Public Accounts, Mr Lumsambani Dilli, said his committee, which was responsible for oversight function regarding government accounts, has never requested for the details of government account as claimed by Abubakar.

“What we requested was the inflow of cash from federation account to know what was due to the assembly, following the granting of autonomy to the house, and we are okay with the response from government,” Dilli said.

“For him to go out and say certain things without our (house) knowledge when he is not the spokesman of the house, shows that he is on his own, he is not speaking for the house,” Dilli said.

Adamawa 2019: Ribadu To Buharinate Adamawa, To Bring An End To Extortion At Checkpoints In the State
By Adamu Muhammad Dodo