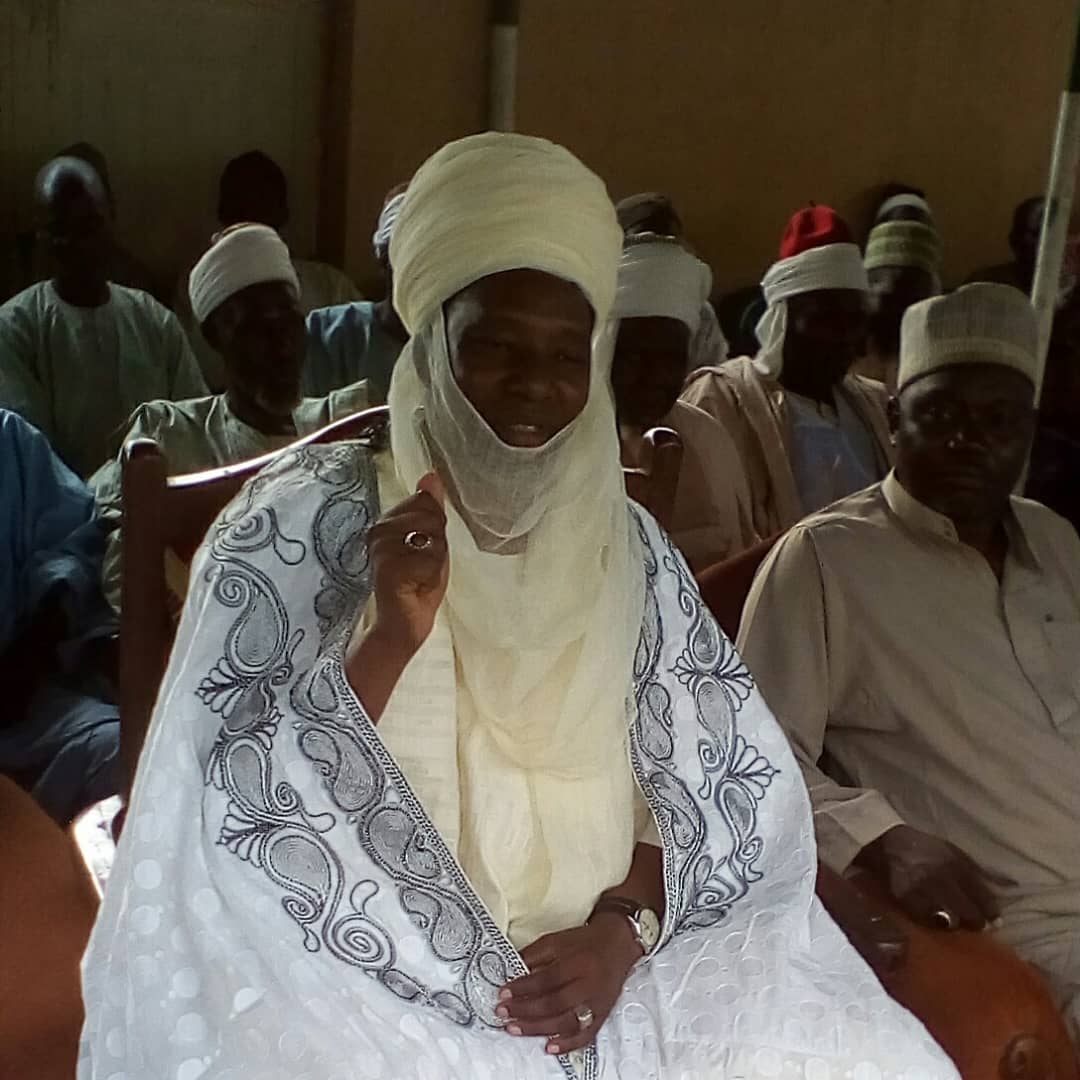 Wednesday, 26th September, 2018 will go down in the annals of Pella district of Hong local government area of Adamawa state with the triumph entry of the District Head of Pella who is also Dan Kade Adamawa Alh. Saleh Mamman Daksiri.

One may ask why triumph entry while the District Head has been in the stool for many years?

Well, it came when he was vindicated on some frivolous allegations leveled against him by some of his subjects through petition to the Adamawa Emirate Council who acted by setting up a committee to investigate their allegations in which 31 people appeared before the committee and testified that all the allegations were false aimed at tarnishing the good image and reputation of the District Head.

In an elaborate ceremony organized by progressive minded people of Pella District to welcome Dan Kade back to the throne was witnessed by unprecedented crowd that converged at Tsakuwa village few meters from Marraban-Pella (Babal Midila) accompanied by drummers.

On sighting the vehicle that conveyed the Royal Father from Yola, the atmosphere changed and the area become agog with various songs of praises and others held banners with an inscription in Hausa language “Mahukurci, Mawadaci”, crudely interpreted to mean “a patience man is affluent” or a vulture is a patient bird or patience is a treasure.

From Tsakuwa village the long motorcade proceeded to the palace of the District Head in Pella where the mammoth crowd comprising the young and the aged were waiting anxiously to welcome their leader they cherished more.

Residents of Villages along Pella road had come out in their numbers cheering and saluting the District Head who is Dan Kade Adamawa for surmounting courage throughout the period of the crisis.

One of the interesting features that occurred on the fateful day, which could be described as festivity in a grand style, was the rainfall witnessed, which some observers said it cleansed the domain from all evils so that the District Head could start refreshen the his leadership on a clean slate, because according to the residents, the area has not witnessed rainfall for sometimes.

Addressing his subjects in Hausa language, Dan Kade Adamawa and the District Head of Pella, Alh Saleh Mamman Daksiri thanked Allah for making the day a reality, Lamido Adamawa Dr. Alh. Muhammadu Barkindo Aliyu Musdafa for his good leadership style worthy of emulation for ensuring that rights of every citizen of Adamawa Emirate was not disfranchised.

Dan Kade equally, thanked the people that converged at his palace to rejoice with him and had forgiven those behind the crisis. He vowed not to vindictive having been vindicates. He affirmed to do justice to all manners of people without prejudice, calling on the people of Pella district and beyond, to join hand with him in moving the district to a greater height.

Dan Kade Adamawa stated that “bye-gone is bye-gone.” He however, drew the attention of some of the mischief makers and their cohorts that power belonged to Allah SWT who bestowed rulership on a person that was destined, adding that Allah SWT has already programmed the lives of any human being.

In his remark, the Adamawa state Survey-General Alh. Adamu Yerima Muhammadu Joji reminded the people that Allah has destined what would befall on a person since the day he was born, but called on the mischief makers to eschew anything that could be a clog in wheel of progress of the district.

Chairman Pella Youth Forum, Mr. Abel Yakubu, pledged for loyalty and support to the District Head whom he described as a leader with passion for development, honesty and transparency.

The ceremony culminated with colourful traditional dances and concluded with prayers for progress against retrogession.