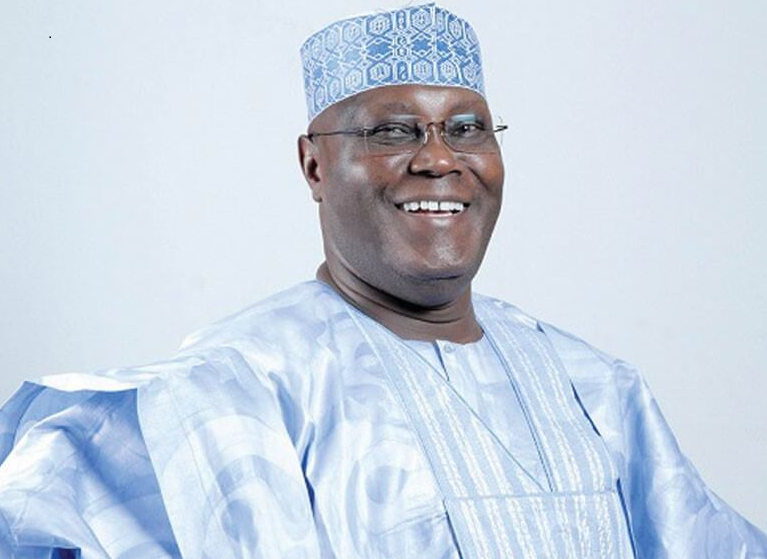 The staff of the multimedia organization, Gotel Communications, owned by former vice president, Atiku Abubakar, are currently in distress over owed severance benefits and delays in payment of salaries.
The Yola, Adamawa State based media organization, which has a television channel and two radio stations, has also scaled down its operational hours due to challenges associated with finances and management.
Uncertainty is brewing among staff who the company owes over N97 million in unpaid entitlements, due to disengagement of their previous appointments.
Insiders blamed the situation on what they called a “sit-tight and overbearing committee” which Mr Abubakar set up to reposition the company three years ago, and the former vice president’s carefree attitude to the business.
The indebtedness started in 2016 after the committee appointed to re-organize the station sacked all staffers and re-engaged some of them in fresh appointments.
Those who were asked to go were reportedly paid promptly while those re-absolved in the organization are yet to get their pay despite issuance of disengagement letters bearing what every staff was due to receive.
STAFF RETRENCHMENT
Insiders at the station told PREMIUM TIMES the business became distressed with the economic recession of 2015, leading to a series of reorganization measures.
To coordinate the reorganization, Mr Abubakar, who on Sunday emerged the presidential candidate of the opposition People’s Democratic Party (PDP) for the 2019 elections. appointed a seven-member committee named Gotel Communications Restructuring Committee (GCRC).
The committee is headed by Adamu Modibbo, a retired banker and People’s Democratic Party (PDP) governorship aspirant in Adamawa State.
Others in the committee are Babakura Jatau; a son of Mr Abubakar, Abba Abubakar; Timaus Mathias; Abdullahi Nyako; and Abdullahi Babalele. The organization’s acting managing director, Mohammed El-Yakub is the secretary of the committee.
In October 2016, the committee took the decision to cut down staff strength of the station.
PREMIUM TIMES had reported how the workforce was scaled down in the wake of the reforms, which brought down staff number from 306 to 125.
The disengagement and re-absorption were initially carried out verbally before local unions pushed for formal communication.
It took almost a year before the management issued letters dated August 2017, backdating the actions to October 2016.
One staff who spoke on the condition of anonymity for fear of victimization, said the reduction in staff strength was so sharp that current staff are being overworked.
PREMIUM TIMES learnt that apart from those retrenched, some staff also resigned their posts due to the situation at the stations.
One staff alleged that a few staffers later hired by the controversial committee were not as competent as those sacked, and therefore unable to cope.
“For example, I work for almost seven days a week running from one task to another, something that ought to be done by nothing less than three staff. I hardly get a day off, throughout the week,” he said.
There has also not been a new condition of service and salary scale in place, despite the spirited effort of the local chapter of the Nigerian Union of Journalists (NUJ) and the National Radio, Television and Theatre Workers Union (RATTAWU).
A November resolution of the combined sittings of the two unions seen by our reporter catalogued the issues and appealed to the reorganization committee for redress.
The company’s managing director, Mohammed El-Yakub, said his management team is pushing for the settlement of the owed benefits through the restructuring committee.
But speaking to PREMIUM TIMES, chairperson of the Gotel Chapel of the NUJ, Muhammad Mustapha, said almost a year since the November 2017 submission to the management, the issues are yet to be addressed.
Rather than attending to contending issues, in line with the purported reforms sought to be implemented, the committee is overseeing what one staff called “strangulation” of the radio and television channels.

“As I speak to you, we don’t have internet connection. We use modem, and even the modems are inadequate that some of us have to provide for ourselves,” one source, a presenter at one of the radio stations said.
The radio station on AM frequency, which used to operate for 24 hours has scaled down hours of operations, and insiders said even in those active hours, the stations often go off air due to short supply of fuel.
“Sometimes, if there is no electricity, we have to be off air as diesel is not always available to power the stations. Finances are now controlled by the committee and the managing director is just there, helpless,” on operation staff said.
COMMITTEE REACTS
When contacted, chairman of the restructuring committee, Adamu Modibbo, denied charges of mismanaging the stations.
He admitted that staff were being owed benefits from the retrenchment but, contrary to the promises his committee made to the staff about payment, Mr Modibbo told PREMIUM TIMES they are not paying anytime soon.
Mr Modibbo, who initially said the new system has written off the old condition of service which “was not contributory pension system” however, said under the new contributory pension arrangement, the company cannot pay those benefits until those staff are unemployed.
Reminded that the old system was different, by his own admission, and that beneficiaries were already issued with letters of engagement bearing the amount they are each entitled to, Mr Modibbo maintained his grounds.
“Those that are not paid are those that were asked to continue to work. We reabsorbed them,” he said.
“In other words, the reason why we said they were disengaged and reabsorbed is that is the nature of the new condition of service because it is the contributory pension scheme.
“We disengaged them under the former system but reabsorbed them under the new condition of service which is contributory pension scheme. How do you expect us to pay them entitlement when they are still working? Can you pay someone pension when he is still getting salary?”