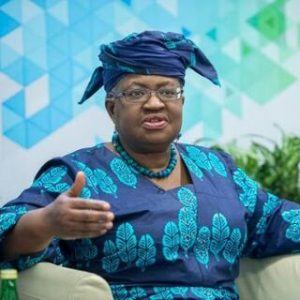 As a Nigerian with lasting stakes in the polity, have you ever wondered or cared to ask which or whose money Paris Club and other international lenders have been returning back to Nigeria since President Muhammadu Buhari became president?

Only Nigeria’s ex Minister for finance, Dr Ngozi Okonjo Iweala and her partners in the sleazy world of international finance can answer these questions.

Coming from a background that claims to posses all the financial skills and wizardry that can sustainably remove Nigeria from the list of debtor nations, many analysts, including myself believe Mrs Iweala actually left Nigeria poorer and more in debt; indeed selling the country’s soul to the interests seeking global lenders.

It is on public records that over four billion dollars have been sent back to Nigeria due to faulty, inaccurate and highly suspect debt cancellation package for Nigeria, that was superintended over by Mrs Iweala.

Although these huge refunds are usually shared amongst Nigeria’s state governors, many of whom have not the faintest clue of the suffering and pains the citizens of their states went through when the deductions at source were carried out by international lenders like Paris Club, IMF and others, the questions on the lips of many is where was Mrs Iweala when the figures surrounding the debt cancellation was being worked out?

How come so huge amounts are now being refunded when many Nigerians had wrongly assumed the country got a fair deal from Paris Club and company?

Who benefited from the debt cancellation deal? The stories around the consultants used is one for another day.

Apart from being summoned severally by Nigeria’s National Assembly to explain or give clearance to some of these issues, Mrs Iweala has also been summoned by several government agencies to account for some of the waivers she approved as finance minister; waivers that experts said cost Nigeria more that two trillion naira. Or more.

Sadly, the former minister has not only considered these opportunities to clear the air beneath her, she has also sneered back at the country and its people by talking in circles around these allegations.

Human Rights Activist and President General of Global Peace Movement International (UK), Dr Mike Uyi, told me until those who stole or are alleged to have stolen, or have connived to steal from the people of Nigeria through any financial wizardry or global connections called to account for their actions, Nigeria, like Mrs Iweala will only be talking and moving in circles, getting nothing done.