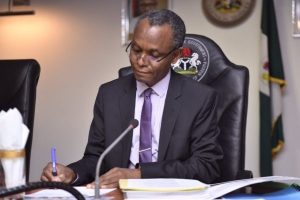 Following the unabating violence that has rocked several parts of Kaduna State, the state government today imposed a 24-hour curfew on Kaduna, the state capital, and its environs.

Violence broke out on the outskirts of Kaduna city on Thursday following the accidental death of a man during a fight with another man.

The death of the man, said to be a muslim, prompted a reprisal by fellow muslims who insisted that he was killed by a christian.

Some residents told NewsmakersNG that the violence had spread to some parts of Kaduna metropolis today, prompting the imposition of the curfew by the government.

They listed some of the affected areas to include Sabo, Kakori and Kachina road, all in central Kaduna.

They claimed the violence had already claimed many lives, especially among christians, before the announcement of the curfew.

The notice of the curfew was announced by Governor Nasir El-Rufai in a Twitter post this evening.

The tweet said the decision was taken in the best interest of the state and urged residents to comply.

The tweet by the governor reads: “This is a notice of a 24-hour curfew imposed on Kaduna town and environs, with immediate effect. Residents are advised to comply by this directive. The decision has been taken in the best interest of the state.”

Atiku’s Supporter Who Rode Bicycle From Owerri To Abuja Hospitalised