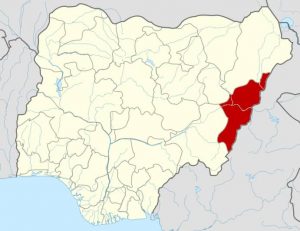 Modibbo Adama University of Technology (MAUTECH) was thrown into another round of anxiety following the kidnap of another lecturer, professor Allan Mamman Kadams few weeks after the release of another lecturer who was earlier kidnapped and released after payment of ransom.

Confirming the incident, the registrar of the University, Hajiya Halima Bala Muhammmad told journalists in Yola Tuesday that reports indicated that the kidnappers stormed the private residence of Professor Kadams at Bajabure Federal Housing estate around 2am while he was asleep and whisked him away.

Muhammmad said the chief security officer of the University is already liaising with the family of the professor to ascertain weather the kidnappers have contacted them over the issue.

It could be recalled that about two weeks ago a professor of soil science of the University (MAUTECH) Professor Ibrahim Adamu Zata, was also kidnapped by unknown gunmen at his private residence at Girei.

Spokesman of the police command in the state, S.P Othman Abubakar said that the command has received official complaint on the matter and has since detailed its men to search for him across the state.

” we have received the report on the kidnapping case of the professor from MAUTECH Yola and our men are on top of the situation using all strategies to ensure that the professor of soil science is rescued unharmed and on time”.Othman stated.

Abubakar explained that the command have just paraded 11 criminals today at the command’s Head quarters and 7 out of them are kidnappers who have been terrorizing Wuro-jabbe and Vuno-Killang areas in the state capital.

An impeccable source realiably told our correspondent in Yola that when professor Zata was kidnapped, the family had to cough out N2Million cash as ransom before he was released after spending few days in their custody.

On Certificate Forgery And Bindow

Adamawa: Edgar Takes Over Head Of Service From Mandama:  Tangwami Takes Over Chief Of Staff From Abba?