Adamawa: Edgar Takes Over Head Of Service From Mandama:  Tangwami Takes Over Chief Of Staff From Abba?

Adamawa: Edgar Takes Over Head Of Service From Mandama: 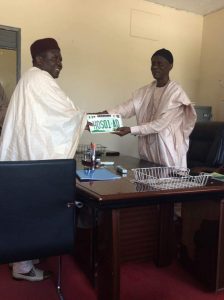 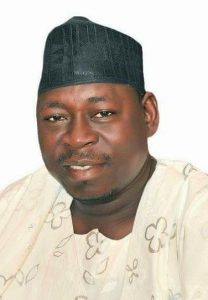 Dr. Edgar Amos, was sworn in last week, as the new head of service, Adamawa state.

While some people were jubilating over the Edgar’s appointment, commending governor Bindow for what they considered as foresighted development the appointment, some other people, especially, the permanent secretaries with their kiths and kins, sympathiser and some civil society gropus with the air about due process, were said to have cried corruption and injustice in public service.

The antagonists for reason of due process, to the Edgar appointment, argued that the question of hierarchy associated with seniority and years of service by means of experience as should, were not taken into consideration in the appointment.

The group recalled with lament that, even the previous appointment of Dr. Luis Mandama as the head of service, was not based on hierarchy.

“There has been injustice right from the appointment of Dr. Luis Mandama as the head of service. He was not by hierarchy, the most senior permanent secretary in Adamawa state civil service. His senior colleagues were shortchanged with the appointment as much as the violation of civil service rule was with impunity violated, when Mandama’s to have been terminated with retirement age was extended with six months and another extension with pseudo contract appointment for additional months,” one of the agitators lamented.

A development the group claimed, was technically aimed at scheming some permanent secretaries among whom the head of service ought to have been appointed.

The fantastic injustice was said to have been ploughing the ground to be able to conveniently plant Edgar as head of service, making good his accelerated appointed from deputy to permanently secretary and with less than one year upgraded experience, to be promoted to head of service, actualising the insinuations nurtured more than seven years ago.

However, one close to the Adamawa state government house, on condition of anonymity said, he has not seen anything criminal with the appointment the Edgar’s. However, whoever, by whatever reason, felt shortchanged, should register their grievances with either the public complaint commission, the character commission or even the EFCC and ICPC for redress. 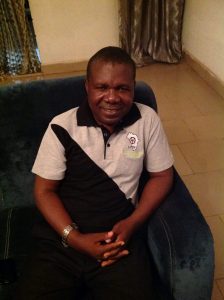 Before the criticism could get to douse down, another insinuated issue was generated, relating to Hon. Felix Tangwami the DG Bindow campaign organisation, fantastically playing the Chief of Staff in disguise?

Tangwami is currently occupying the office meant for chief of staff to the governor and attending to people and files, where Abdurrahman Abbas Jimeta was occupying before transiting to great beyond.

“What is DG campaign to governor Bindow doing in late Abdulrahman Abba’s office?

“DG campaign office should be outside the Government House. Mind you, government house is not a political office,” a public commentator queried.

Indigenes of Jimeta, who were said to have been promised, would not want to be indigent by being shortchanged of the chief of staff office

“Late Abdurrahman Abba Jimeta was from Jimeta. Therefore, any appointment into the office ought to reflect Jimeta, a member said to be with the Jimeta Youth Progressive Association, GYPA, would say.

“There has been agitation, shared on social media previously, by a certain Christian group, arguing out why Christians should not vote to bring back Bindow in 2019. One of the reasons was that Felix Tangwami, who’s better qualified for a chief of staff, was about being manipulated against, to be denied.

“Could Tangwami, acting as chief of staff in disguise and eventually, to be confirmed into the office, hearkening to the call by the Christian group?

“If not, can you find out why and what is Tangwami the DG campaign doing by occupying the office of chief of staff in Adamawa government house?” A critic forwarded the challenge.

It was the question that the Periscope Global Publishers Investigate would want to forward to the commissioner of information Comrade Ahmed Sajoh for clarification by explanation.

However, the contacts of the commissioner, were unavailable up till the time of the press.

It is reserved for followup, kind of update.