Does The Group Demand That The Governor Must Dance Naked? 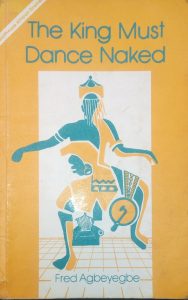 WAEC alleged certificate forgery has opened the window to setting Bindow in limbo associated with integrity.

A group, it could be recalled, has filed a case before the court of law, challenging Bindow’s integrity, alleging that he has been using fake WAEC certificate to defraud the representational mandate and executive leadership, an intolerable corruption that questioned the credibility in the claimed concrete and constructive governance in Adamawa state, which however would not want to have a leadership of those with advanced and genuine certificate lead the state out of its labyrinth.

The integrity check group, was said to have challenged the doubting Thomas to get a scratch card from any of the WAEC offices in country and enter the examination number on the WAEC certificate presented by Bindow, bearing his name. Dalyop would appear as the recognised candidate by the original WAEC certificate.

The report was elaborated in the Periscope Global Publishers previous investigative report, which was also published in some news media.

Irked by the floodgates of reactions to the allegation, members of the Black Cap revolutionary Movement, mostly kitted in white, displaying white placards, presented a concerted rather concerned feeling towards the curiosity, in black and white, for dispatch to the lawmakers with Adamawa state house of assembly, requesting that governor Bindow should be invited before the house and clear the air on the contentious certificate forgery by means of fumigation, lest it turned politically contagious.

“We’re law abiding citizens who nurture transparency, integrity and good governance. There’s an allegation against our governor that he oughtn’t be, because the certificate presented, that earned him the leadership, is a syndicated forgery, which is synonymous with corruption.

“We want governor Bindow, to come out clean and clear. We want him to appear before the state lawmakers to defend the allegation.

“However, should the allegation holds water, Bindow should honorably resign in addition to withdrawing from the 2019 gubernatorial race and face the legal case, lest our state reduced to the republic of certificate forgery forever,” Mustapha Atiku Ribadu the leader of the Black Cap Movement, would tell the Periscope Global Investigate, of their mission for a peaceful rally to Adamawa house of assembly in Yola.

In Fred Agbeyegbe’s the mother of all divinations, with a view for the community to get out of the calamity, which should have been averted, was as the oracle has relayed, dictated to by the gods, that “The King Must Dance Naked.”

literary critic could question the connotative or paradoxical relationship between the parable of nakedness and purification and regeneration.

However, Jide Ogungbade the stage director to Agbeyegbe’s, would explain that, “one’s role in adapting this material of myth, is to marry the strands of contemporary experience with historical antecedents. It’s a question of form.”

A metaphor, signing the electioneering atmosphere of the early eighties, which arguably, in another clime, yielded historical antecedents in myth and politics as they affect power and the use to which it could be put.

Therefore, to avoid calamity in the electioneering atmosphere in 2019, the governor must dance naked to come out clean against the allegation bothering on certificate forgery.

There’s a looming calamity associated with the traditional leadership in the northern senatorial zone of the state.

There was the refusal to honour court order more than four months after the ruling.

There was deception, which was feared, could turn the state into republic of liars

Should a bridge leading to the republic of certificate forgery be allowed to be constructed?

The governor must come out clean, as the king must dance naked, for the genuineness of its sex against calamity, as much as the originality of the governor’s presented questionable certificate of education.