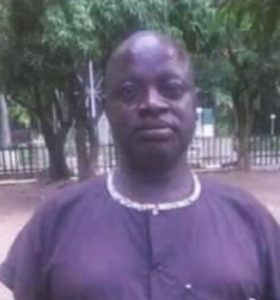 Adamawa State House of Assembly on Monday rejected request by a political pressure group in the state known as Black Cap Revolution Movement to probe the allegation of certificate forgery against Governor Muhammadu Umaru Jibirilla Bindow.

The Speaker of the house, Kabiru Mijinyawa who presided over the plenary said the house had received the letter of request for the probe but could not conduct the probe as the matter was already before a court.

Mijinyawa said that the House Standing Rules did not allow the lawmakers to dabble into contentious matters that were before a court of law.

“We can not discuss anything before the court. We have no authority to do that,” Mijinyawa said.

The group had on Friday in a letter addressed to the speaker of the house signed by its chairman, Mustafa Still Ribadu, urged the assembly to investigate the allegation, which has been in the public realm.

“We write this letter with all sense of responsibility and patriotism to this Honourable House, to convey our concern and worry over the deafening silence of Adamawa State House of Assembly on certificate saga of His Excelkency, Gov. Bindow..

“We sincerely believe the Honourable house is aware of the allegation leveled against the governor on certificate forgery, which is a criminal offense. The case is in public domain, as it was reported by many newspapers..

“As a youth group who believes in the rule of law, and tenets of our great party we found the news very disturbing and hence need urgent action from this Honourable house,” the letter read in parts.

The Periscope global Investigate is however working on the authenticity of the Dalyop’s photo,  before it could generate another forgery scandal on personality.