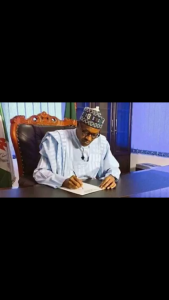 President Muhammadu Buhari has reacted to the campaign promise by the Peoples Democratic Party that its presidential candidate, Alhaji Atiku Abubakar, will crash fuel price from N145 to N90 if elected as President.

Speaking through, Festus Keyamo, SAN, Director, Strategic Communications of his Campaign Organisation, Buhari described the promise as laughable and a move geared towards dragging the country backward.

In press release issued to DAILY POST on Monday, the President through his campaign organization spokesperson, highlighted 20 reasons crashing the pump price of petrol will only be of grave damage to the country.

The statement added, “Our attention has been drawn to a statement credited to the PDP a few days ago that its presidential candidate, H.E. Alhaji Atiku Abubakar will, if elected President, crash the pump price of petrol to N97 per litre.

“However, there is no better evidence of desperation and phantom promises by the main opposition’s candidate than this statement.

“At today’s international price of gasoline, no supplier will ever contemplate any scheme that will deliver products at such ridiculous price. Those in the sector reading this must be having a good laugh at the opposition.