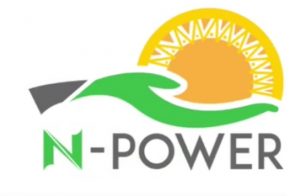 The federal government has been called upon to investigate alleged shortchanging of transport and feeding allowances meant for participants attending the N-Power Tech Hardware training in Yola, Adamawa state.

Some of the non-graduate participants driven from the six states of the North East region attending the ongoing training at Federal College of Education (FCE), Yola alleged fraudulent diversion of their transport allowances.

Staging a peaceful protest to press their demand home, the participants boycotted the training classes on Tuesday at the training centre over alleged discrepancy in transport allowances even among beneficiaries from the same state.

They alleged that some of the beneficiaries from Borno, Bauchi, Gombe, Taraba and Yobe states received N2,500 transport allowance as against N10,000 promised to them before reporting to the training centre.

Mr.Khalid Abdulkadir who spoke on behalf of Gombe state contingents said some of the beneficiaries from his state received N2,500 as against N10,000, while some had not yet received feeding allowances.

“Adamawa participants were promised N2,500 transport fees while those from outside Adamawa were to receive N10,000 each as transport allowance. We are from Gombe but many of us received only N2,500 from an individual, Ezeilo Ugochukwu while those of us who got N10,000 were paid directly from N-Power. So we became suspicious of the process”, he said.

Khalid also faulted failure to pay the feeding allowances of many of the participants one week after commencement of the training, saying that some of them who came from other states had to abandon the programme because they could not endure starvation.

Another participant, Gambo Danjuma decried the discrepancies in payment of allowances between trainees from Taraba, saying federal government should investigate why an individual, Ezeilo Ugochukwu be made to handle allowance of beneficiaries, which he reduced instead of the N-Power office.

“Those of us from other States who received N10,000 as transport fee were paid directly from N-Power office while those who were paid only N2,500 got the money through an individual, Ezeilo Ugochukwu. The federal government should probe the process to ensure accountability and transparency”, he stated.

The trainees called on the centre to provide medical care and improve the condition of hostels for the trainees.

They appealed for provision of identity cards to trainees in order to avoid possible infiltration by criminals, saying the identity cards would assist the internal security guards to identify trainees.

When contacted, the head of the program centre, Eng Gbenga Odubayo admitted that there was mistake in disbursing the allowances, promising that all trainees from states other than Adamawa would finally get their N10,000 transport allowance as the matter was being resolved.

Odubayo said that a total of 1,000 participants were receiving training on computer, tablet and phone repairs among other skills, saying the turn out and performance were impressive.