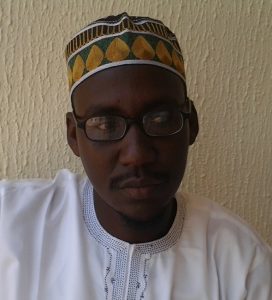 It was considered as the first day, the first Friday of the first month of the Lunar called the Hijrah Islamic Calendar 1440AH.

The first month is known as Rabi’ul-Auwal, corresponding to 9th November, 2018.

In the light of this, therefore, the Periscope Global Publishers, has dedicated a column for reporting Jumuat Qutba beginning with the Qutba of the first Friday, the 1st day of the first month (Rabiul-Auwal) of the Islamic New Year, 1440AH/ 9th November, 2018. 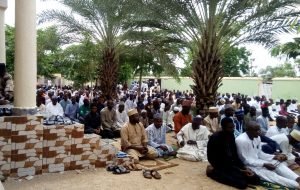 The Qutba was a reminder on on cleanliness associated with trimming of moustache, plucking of hair in the armpits, shaving of hair below the navel, thorough washing of the entire ridges in human body, washing of hands, inhaling water through the nose as in ablution, using water and soap to clean up after going to toilet, circumcision, shaving of mustache and cleaning but not cleaning of beard 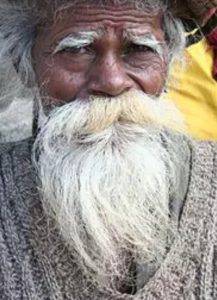 To grow the moustache below the lips is forbidden and a sin. Those who grow their nails long following fashion, should be aware that this is a very serious matter and should be stopped as it is not fit for a Muslim to grow the nails, Muslims should be representable and an exemplary.

Abu Hurayrah (may Allah be pleased with him) reported that, the five acts of fitra (natural inclination) are:
1) circumcision
2) removing the hair below the navel
3) trimming the moustache
4) cutting the nails
5) plucking the hair under the arms

The Qutba would define beard as the collection of hair that grows on the chin, upper lip, cheeks and neck of some people and some animals.

In human beings, it is only pubescent or adult males that are able to grow beards.

However, women with hirsutism, a hormonal condition of excessive hairiness, may develop a beard but they should not keep it.

Wikipedia online explained that “throughout the course of history, societal attitudes toward male beards have varied widely, depending on factors such as prevailing cultural-religious traditions and the current era’s fashion trends.

“Some religions (such as Islam and Sikhism) have considered a full beard to be absolutely essential for all males able to grow one, and mandate it as part of their official dogma.

“Other cultures, even while not officially mandating it, view a beard as central to a man’s virility, exemplifying such virtues as wisdom, strength, sexual prowess and high social status.

The following quotes for which original source I lack the knowledge, could be coined as a similitude:

“A Man Without a Beard is Like a Lion Without his Mane.” 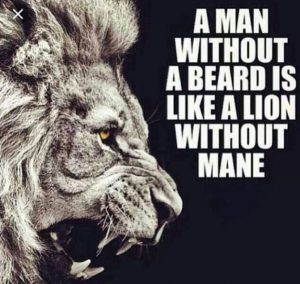 Similarly, the conversion between Leonardo and Beatrice in William Shakespeare’s “MUCH ADO ABOUT NOTHING,” seems to me appealing in this perspective, where Beatrice is quoted as saying:

“However, in cultures where facial hair is uncommon (or currently out of fashion), beards may be associated with poor hygiene or a “savage,” uncivilized, or even dangerous demeanor,” Wikipedia explained.

The Qutba with relevant references, articulated that allowing the beard (Lihyah in Arabic) to grow and trimming the moustache is ruled as mandatory according to the Sunnah in Islam by consensus and is considered of the fitra i.e. the way man was created.

Sahih Bukhari, Book 72, Hadith number 781 narrated by Ibn ‘Umar related that the Prophet SAW, said, “Cut the moustaches short and leave the beard (as it is).” 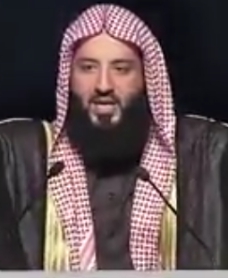 Similarly, Ibn Hazm reported that there was scholarly consensus that it is an obligation to trim the moustache and let the beard grow. He quoted a number of ahaadeeth as evidence, including the hadeeth of Ibn ‘Umar quoted above, and the hadeeth of Zayd ibn Arqam in which Mohammed said: “Whoever does not remove any of his moustache, is not one of us.”

Ibn Hazm said in al-Furoo’: “This is the way of our colleagues [i.e. group of scholars].”

The extent of the beard is from the cheekbones, level with the channel of the ears, until the bottom of the face. It includes the hair that grows on the cheeks. Hair on the neck is not considered a part of the beard and can be removed.

Furthermore, in the Islamic tradition, God commanded Abraham to keep his beard, shorten his moustache, clip his nails, shave the hair around his genitals, and epilate his armpit hair. The entire propets were reported to have had beards they valued as a religious obligation.

The Qutba also taught that there’s hygiene associated with circumcision.

“Both male and female are to be circumcised as it has been decreed by Allah SWT.

Mustahabb actions are those whose status of approval in Islamic law falls between mubah and wajib. One definition is “duties recommended, but not essential; fulfilment of which is rewarded, though they may be neglected without punishment”. Wikipedia explained.

Therefore, to describe female circumcision pejoratively, as mutilation of a female genital and labelling it as an unhygienic, unethical, barbaric and hazardous, is an obnoxious falsification and a near heretic denial of what has been divinely decreed.

The fact that people lack the knowledge of, the experience in and perhaps the surgical facility for female circumcision, to have caused complications resulting from quackery at its crudest level, should not at all make ground befitting for forbidding the practice.

Since it is not compulsory and that a community could be in poverty of expertise in carrying out female circumcision, the safer option lies in avoiding it but not as Lakunle would denounce a practice as “a savage custom, barbaric, out-dated, rejected, denounced, accursed, Excommunicated, archaic, …” in Wole Soyinka’s “THE LION AND THE JEWEL

The Importance of Brushing one’s Teeth with as siwak stick, was another hygienic issue the Qutba raised.

Brushing the teeth not only helps one look better and feel healthier, but also it pleases God. The religious leaders of Islam emphasised on this fact and suggested their followers to brush their teeth too. 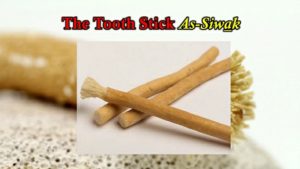 According to Prophet Mohammad, “If you brush your teeth before saying your prayers, that prayer is better than seventy five prayers one says without brushing his teeth.”‌

Imam Sadiq said, “When you wake up at night to say your prayers, brush your teeth. Because an angel comes down and puts its mouth on yours and takes with it every word you say to the heavens. Therefore, it is better if your breath and words smell nice.”‌

In the Mesbah Al-Shari’a book, Imam Sadiq quoted from Prophet Mohammad, “Brushing the teeth not only cleans the mouth, but also pleases God.”‌

One of the things that Prophet Mohammad never forgot to do was brushing his teeth.

If you think about it, you will find out that brushing the teeth has many different advantages.

Prophet Mohammad said that brushing the teeth was like a means that awakened the souls; teeth are made clear and white with the aim of chewing the food and helping the digestion, but they become dirty and damaged by chewing the food.

Still, a sane person knows that brushing teeth is a physical act and improves not only the health in one’s body it also purifies the soul. 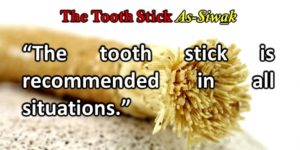 The Qutba has identified as siwak stick as the most preferably rewarding for brushing of one’s teeth.

To conclude, Abu Hurayrah (may Allah be pleased with him) has related that, ‘The Prophet SAW before going to Friday prayer would keep his beard, clip his nails and mustache.’ 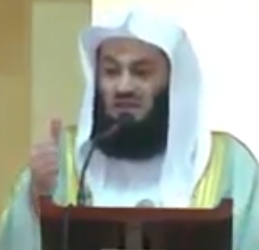 Another tradition has it that the Prophet SAW would get his nails pared every fifteen days.

Scholars are also agreed that the maximum one would stay without clipping his nails and/or trimming his mustache, is forty days.

May Allah guide us and give the ability to observe and accept all our daily Ibadats ameen.