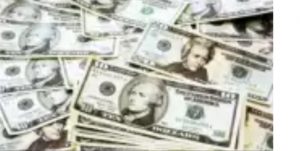 A burning and a controversial issue on our democracy, every youth in Nigeria should know that he/she does not have a political future if money politics could remain the oder of the day.

Money politics defines underdevelopment it demeans our political culture as much as it murders meaningful future.

Suffices to say that Money politics is a corrosive corruption, a threat and volatile to our democracy. Say the least, it is, in my opinion, a fundamental problem with our leadership.

Vote buying is given away a vote over a service, money, even food items.

Why should anyone mortgage his conscience for a miserable amount or donation of miserable food items? Doesn’t it amount to a chronic madness?

Vote buying starts from when an aspirant visits a political Godfather or charismatic leader such as our traditional rulers and religious leaders. They do not go empty handed after close door meetings; a whiff of money will follow.

In my opinion, this could be the beginning of Money politics, (we all know how influential these people are).

The final step of vote buying, is when the electorates surrendered their votes at the polling units following inducement to support a clueless politician without attitude. This could be a signal to a self-imposed danger, considered to be the birth of electoral violence, which is not at all good to the national cohesion.

We all have one or two testimonies of such electoral violence. I am an eye witness during the 2011 presidential election in Jada local government area of Adamawa state, Nigeria.

The violence, which defined the electioneering atmosphere resulted in the destruction of properties.

We should know that vote buying kills the zeal of the electorate to participate in political process.

If this is allowed to continue, what do we think will happen the youths having poverty of knowledge and technically lacking meaningful future?

Could the “NOT TOO YOUNG TO RUN” get to make any meaning?

Augustine Ziglar the world famous motivational speaker in his “Over The Top would articulate that “Positive believing is something that goes beyond positive thinking,” every young Nigerian that has trust and believes in him/herself, shouldn’t by anyone, be intimidated by any means material item from a politician.

If Dr. Olusegun Obasanjo in his “My Watch” would argue that Nigeria would need a young and courageous nationalist that would not be subjected to the dictates of political gladiators as Godfather, to move the country forward, we should know that the battle is for the youth alone and no political Godfather will help them if they do not have the money to offer.

The story of the Adamu Garba 37, who could not raise any amount beyond N16m, even with the donations from kith and kin to enable him procure N45m worth presidential nomination ticket under APC the ruling party, certainly, conclusively, remains remarkable in justification of the theme around this piece.