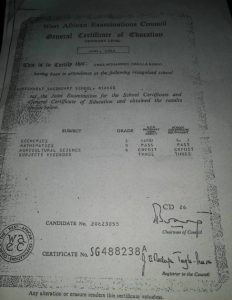 An online citizen participatory news portal, the Newshawk is forming a strong alliance with local and international Civil Society Organizations to pressure governor Muhammadu Umaru Jibrilla Bindow to produce his original certificate which has lately become a subject of monumental controversy.

Multiple sources including the governor’s close associates have confided in our reporter that the governor was planning to capitalize on technicalities, Nigeria’s weak laws as well as corrupt judiciary to swim out of the certificate quagmire he was currently enmeshed in.

Insinuations that the governor was poised to capitalize on the systemic lapses to wriggle out of the quagmire became apparent after the Independent National Electoral Commission (INEC) published the credentials of gubernatorial candidates in the state in which the governor presented a testimonial in place of his secondary certificate.

A legal practitioner in the state Barr. Joshua Wugira who said that as far as the extant constitution was concerned, governor Bindow was sufficiently covered by presenting the testimonial, unless those that were claiming that the governor has used an insider to remove the contentious certificate and supplant it with the testimonial, could prove the allegation beyond reasonable doubt. 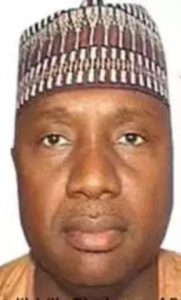 Maintaining a valiant resolution to go to the root of the matter, the editor in chief of Newshawk, Mallam Mohammed Ismail said that his medium was on the verge of forming a formidable coalition with local and international CSOs to compel Bindow to produce his original certificate of secondary school or face mass protest.

He noted that it was plausible for the governor to capitalize on the systemic defects to get his bidding done but he should be made to know that what was legally expedient, might not be morally acceptable, adding that the governor has a moral burden to disclose the true position of his academic qualifications to the people who elected him to serve them or do the needful.

“The governor’s lethargy to defend himself in the face of the heavy allegation is in itself, indicting. We thought that the governor will be quick to showcase and defend his certificate even without being prodded to do so, especially, in view of his much hyped mantra for zero tolerance to any form of corruption.

“As far as we are concerned, the failure of the governor to defend the charge of certificate forgery levelled against him, presents the worst form of corruption and political subterfuge that can be perpetrated on Adamawa people and we are ready to expose such shenanigans.

“It is also repugnant that in an elitist state like Adamawa that can boast of having hundreds of professors, a man with a questionable secondary school certificate will be allowed to lead the destiny of millions of people. We shall use all lawful means to ensure that the governor does the right thing” Ismail said.