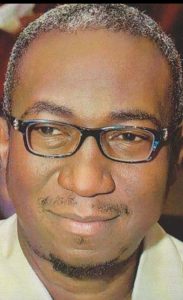 “Just call to tell you that when you read or hear about my obituary, please pray for me,” Dr. Sirlawu was quoted to have told a friend he couldn’t get to physically see.

His health was deteriorating, his systems were gradually failing and he could breathe from afar the oxygen from great beyond while the normal air seemed suffocating as he was breathing out carbon dioxide.

“I think I’ve exhausted my time. But I’m still trying. the care and concern extended to me couldn’t be imagined. I’m simply grateful to all, for everything,” Sirlawu would say.

The friend called to find out what was really going on.

“Sirlawu is sick. But Alhamdulillah! He’s been managed”. I explained, encouraging the friend to be strong.

Some people suggested sending him for what they could consider as superior health facility and management abroad. Sirlawu did not see it any brilliantly necessary, having been satisfied with the expertise on how he’s been managed at FMC Yola.

However, a superior decision, which defeated the resolve to stay, eventually guided the journey to a final destination when Sirlawu Thursday, was eventually transferred to national hospital Abuja. It was to be a metaphoric transfer to eternity for having arrived the National hospital lifeless but for a funeral praying

I however but with difficulty broke the news later to Sirlawu’s friend as was revealed to me from a family source that Sirlawu was finally eventually discharged to great beyond.

He, among other friends, read similar rather sad story sourced from a social media that:

“He’s been hospitalised in the health facility

“He’s moved to Abuja for what could be regarded as superior management Thursday.

“However, Immediately on arrival at Abuja, before getting to the national hospital, Allah SWT decided that Dr. Salawu’s breath was exhausted, being that he was said to have had crises even before getting to Abuja, where the meeting between Angel of death and the man was arranged on matters of the final hour and the ultimate destination of the soul.

“May Allah SWT forgive his mistakes and grant him jannatul firdaus.” The post read.

I received so many phone calls from friends seeking to verift the story.

One of the most senior consultants Federal Medical Centre Yola was blessed with. Dr. Salawu, though had been a visiting consultant to, picked up appointment with FMC Yola sometimes in April 2006.

Salawu served as the head of department medicine for eight years, deputy head of clinical services for about five years, chairman ethic committee for about four years, among other responsibilities in addition to serving as the chairman Nigeria Medical Association FMC Yola chapter for two years.

The Dr in theory and practice was a point blank personality never to be associated with inefficiency or any form of laziness in a work place. Clinical best practice has been his philosophy.

Salawu is survived by a aged father and mother a professional nurse who worked in United Kingdom for several years before retiring home, currently based in Illorin Kwara state, two wives; Basirat a lecturer with Primary Education Department of Federal College of Education, Yola and Hafsat a staff with Federal Medical Centre, Yola and two lovely and promising children; Abubakar and Umar among other members of the family 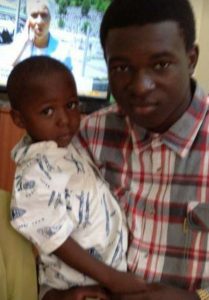 Funeral prayer was observed at the Central Mosque Abuja and that condolence would be registered at Offa, Kwara state where Sirlawu’s parents stay.

I called Dr. Sati Klein Awang a consultant physician who not only shared the same office but also the similar professional ideas with Dr. Sirlawu for a condolence; to encourage him to be strong.

Awang was a chairman of a clinical committee aimed at instilling sanity and due process, for which I was the secretary.

Dr. Sirlawu would always want to excuse us to have a constructive deliberation, even when his presence could enrich the resolutions reached.

While deciding to make a piece for a tribute, Dr. Swing, while in mourning, wrote the following I feel worthy to share.

“When I walked into the office this morning, you were not on your seat, even after a while, you did not walk in. It then downed on me that you were never gonna walk through that door anymore, and we will no longer talk and laugh over variety of subjects as we used to.

“I would no longer enjoy your daily Facebook feeds of wise quotations and update on the game of tennis we both shared among others memories. It was, indeed, fun being with you.

“Your visionary spirit, tenacity, self development, commitment to research made you an asset to the Department of Medicine, Federal Medical Centre Yola, the entire Adamawa State research community, Medical Colleges and training of professionals. Indeed you contributed immensely to the medical knowledge.

“You alleviated the pains of many. Humanity will miss you for that and more.

“We are consoled by the fact that you gave your best, you conquered and lived an exemplary life worthy of emulation.

Sirlawu is used for Salawu as coinage suggestive of his knowledge and the generosity to share.

May Allah SWT forgive Dr. Abdulfatai Salawu’s weaneses, reward his strength, grant him Jannatul firdaus, bless those he has left behind and give them fortitude to bear the loss.