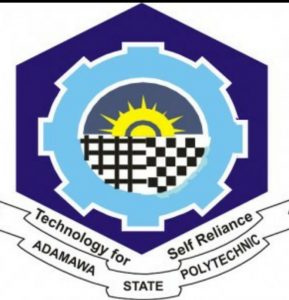 An Act to establish polytechnics in various parts of the country to provide full-time courses in technology, applied sciences, management and other fields of studies was enacted 25th July, 1979.

The aim and objectives of the act, among other things, is to contribute to the technological transformation of Nigeria through provision of well trained man power, especially technicians.

The Adamawa State Polytechnic, Yola, popularly known as SPY, was established in 1991 through a merger of the College of Preliminary Studies, Yola, and the Staff Development Institute, Numan.

The polytechnic, run by the state, is accredited by the National Board for Technical Education (NBTE) and is offering courses in Engineering, Pure & Applied Sciences, Education and Managements, at ND and HND levels.

For those of us that were opportune to pass through polytechnic and then university, can testify that the former is more pragmatic; skills acquisition centred and entrepreneurial inhere functional system of education than the latter.

I could recall some times in mid 2000, as a diploma student at Federal Polytechnic Mubi, we used to guide final year students from Modibbo Adama University of Technology, Yola on industrial attachment in any aspects of computing.

As diploma students, we could execute a code for a mini payroll using languages like JAVA, Visual Basic, FORTRAN etc, they were learning how to boot and shutdown a computer, applications in the MS Office and so on.

With the recent political development in the state and the wind of 2019 election clearing a space, Gov. Bindow has turned SPY as his dumping ground of his political war prisoners. 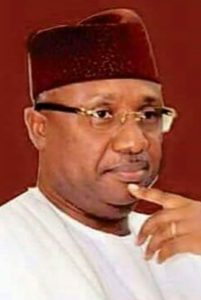 This is not to suggest that governor Bindow should not ‘manage’ his opposition through providing them with employments.

Rather, I’m registering my utmost dismay over a situation whereby someone who is being employed to ‘teach’ English Education at Diploma Level would have to seek the services of someone to write letter of acceptance of appointment for not knowing how to write it. What could or how could he teach/lecture?

The same experience is applicable to most of those who were sent to teach sciences and engineering courses in the institution.

Little wonder the Periscope Global Investigate revealed that in the process of documentation, the employed were asked to present a bank tailer to ascertain that they have duly paid the sum of N10,000 into a bank account requested of them. Perhaps, as fee for employment that is never heard of.

The Periscope further asked the meaning of “the seeming mass employment among whom were the unqualified. Was it due to the crazy quest for the illegitimate conventionalization of the polytechnic to a degree awarding institution rather than higher national diploma certificate as established by law?

It has gone viral, some weeks previously, that SPY Yola would introduce degree programs into its curriculum. The question that is remained to be asked is how?”

This piece is not written out of jealousy or political provocation. The writer’s concern is the future of the succeeding generation and the state.

If these seeming politically employed unemployable lecturers, would have to be compensated, why not redeploy them to the ministries not inclined to academy; like the ministry of culture and tourism, women affairs or sports?

I don’t know, as at now, any institution of higher learning in the country that sends hundreds of dullards into the highly congested labour market like Yola Poly.

This factor makes reputable universities not to consider SPY as a recognised institution.

MAUTECH for instance denies all SPY graduates including those who graduated with first class honors direct entry admission.

I finally call on the governing council of the institution, SUG, and other senior citizens of the state to stand up and resists this act that is capable of destroying our state. Bearing in mind that if one wants to destroy a community, he should simply destroy it institutions of knowledge as much as the Bible will caution that a community is doomed when it is led by the ignorant.