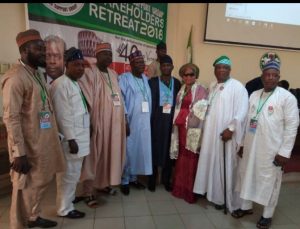 The Muhammadu Osinbanjo Dynamic Support Group (MBO) said it has commenced mobilization of voters at all wards in the country for the re-election of President Muhammadu Buhari and Vice President Yemi Osinbanjo for a second term in office. 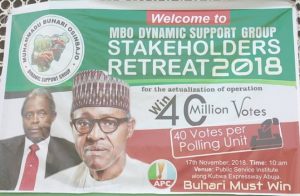 According to the group, the re-election of President Buhari and Vice President Yemi Osinbanjo for a second term is a project that must be taken very intensely and sincerely by all, so that the nation’s leaders can continue the good works, as evident in various interventions for the downtrodden that they have initiated.

Speaking in Abuja during the Stakeholders Retreat for National Patrons, Officers, Zonal Officers and Coordinators to commence the Flag off of Operation Win 40 Strategy in Abuja over the weekend, the National Coordinator of Muhammadu Buhari Osinbanjo Dynamic Support Group, Hon Usman Ibrahim, said, it is important to reiterate the need for second term for President Buhari, and the vice president. 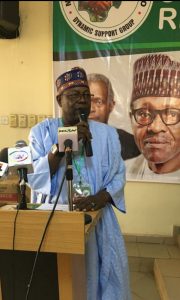 He said since assumption of office that President Buhari has been able to fight insurgency to an admirable level, engage corruption with combat zeal, while addressing challenges in education and diversifying the economy.

Ibrahim said the current administration has expanded the agricultural and communications sectors through rail development, road construction and air facility improvement, adding the recession that almost crippled the economy in the wake of the administration has become bygone and inflation rate dropped considerably in the last quarters.

According to him, it is in this regard the MBO designed the Operation Win 40, which is a grassroot mobilization strategy to activate and mobilize 21 executives per polling unit across the country using dual strategies. 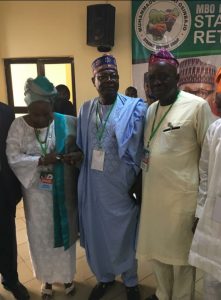 “There is the executive membership networking which targets two million, seven hundred and twenty five thousand, three hundred and fifty nine members. Catalytic influence will yield 13 million members and touch me I touch others is expected to rake in 25 million votes for Mr. President’s reelection bid”, Ibrahim explained.

The national coordinator said these projections were made possible because MBO Dynamic Support Group is made up of patriotic Nigerians of diverse professional, ethnic and religious background with the commitment to support President Muhammadu Buhari and Professor Yemi Osinbanjo administration towards building a progressive, peaceful, united and prosperous country. 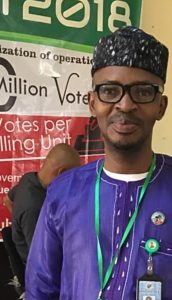 “The group in its bid to evolve credible leadership for Nigeria studied the profiles of President Muhammadu Buhari and Vice President Yemi Osinbanjo, especially their incorruptibility disposition and undiluted commitment to the change agenda. We feel compelled to offer ourselves as catalyst towards facilitating the actualization of their laudable visions for the nation”, the national coordinator added.