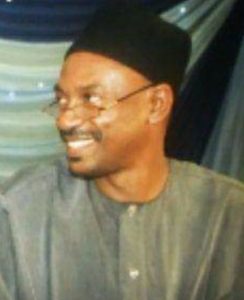 it is said that even the clueless could not do without an achiever to be able to bandage the wound inflicted by his ineffectiveness glued to the clueless and injurious actions.

The management of the Adamawa College of Nursing And Midwifery Yola, Thursday, has received the confirmation of the additional accreditation of three programmes run by the institution.

The confirmation was the outcome of the accreditation visit by Nursing and Midwifery Council of Nigeria NMCN to the college sometime in September 2018, the provost of the college Malam Abubakar Salihu Gurin known as Sadique could reveal.

Ssdique explained that “School of Midwifery was granted FULL accreditation from October, 2018, with an increase of intake from 40 – 60.

“Community Midwifery Programme was approved to start in 2019, with an intake of 40 students.

This is indeed a welcome development.

Health professionals remarked that, it was a laudable achievement that would translate into having adequate professionals that would cover the inadequacies of nurses in health hospitals in the state.

Sadique gave the glory to God.

“When we started the journey in December, 2012, we knew that it wasn’t going to be an easy one.

“We had issues of poor finances, dilapidated infrastructure, an unmotivated staff, under staffing…the problems were so numerous that I and my deputies were practically sleeping and waking up with the College in our heads.

“In 2015, we went through accreditation, spending huge sum of money and for the first time, in 41 years, got FULL accreditation for the Nursing Programme.

“The Midwifery Programme was given an increase from 20 – 40 students then. Though we were pleased, it wasn’t what we wanted, so we went back to work on the subsystems and processes.

“Alhamdulillah, the sacrifices, sleepless nights, inconveniences etc have paid off! This outcome speaks for itself.

“Today, to the glory of God, we have also added 2 new Programmes to what we met in 2012:
Refresher Course for Eliminated Candidates; and Community Midwifery Programme.

“We have designed and submitted academic briefs to NBTE for approval to start a Diploma in Paramedics Technology. We’re expecting response on that soon.

“We are also one of the few schools selected to be accredited to start the ND/HND programme in Nursing and Midwifery in the country,” Sadique explained.

The Periscope Investigate would reveal that the management and administrative staff of the college have relocated the completed and well furnished one storey building office complex that was left abandoned for many years.

Sadique commended the Hon. Commissioner of Heath, Dr. Fatima Atiku Abubakar and her team for the support and ensuring the actualisation of the autonomy of the college.

“I also give special thanks to our Partners (EU, UNICEF, UNFPA, NSHIP and ADSPHCDA) for trusting and partnering with us to get to this level. I wish to assure all of our commitment to get the College to the “Next Level” in ‘grand style'”