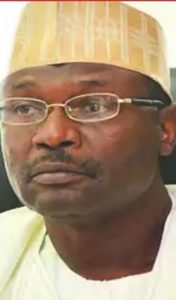 FIFTEEN of the 205 Independent National Electoral Commission (INEC) officials suspended in connection with the alleged N23billion poll bribe have been cleared.

INEC suspended 205 pending the final determination of their cases with the Economic and Financial Crimes Commission (EFCC).

But following insufficient information, 70 other officials were referred back to EFCC for investigation.

The 15 who did not benefit from the bribe were given a clean bill of health.

EFCC has written the Chairman of the electoral commission, Prof. Mahmoud Yakubu on the clean bill of health given to the 15.

“We can only use them as prosecution witnesses because there is no case against them. They tried to avoid the dirty deals, an INEC source said.

EFCC did not release their names because, according to the source, it is the responsibility of INEC to do so. “What we have succeeded in doing is to prove that our probe of the bribery scam was not a witch-hunt at all,” he added.

Over 100 INEC officials are facing prosecution for benefiting from the bribe.”

INEC had raised an expanded Appointment, Promotion and Disciplinary Committee on the EFCC Interim Report on Bribery Corruption and Money Laundering Charges during the 2015 General Elections.

A National Commissioner, Mallam Mohammed Haruna, who released a statement on behalf of INEC on the scandal, said: “Among other things, the Committee found that:

“There was a clear attempt to bribe INEC staff to influence the outcome of the 2015 general elections, using an NGO, the West African Network of Election Observers (WANEO), made up mainly of retired senior INEC officials.

“Out of over N23 billion, which the EFCC report said was used to influence the elections, the Committee established that N3,046,829,000 was received by INEC staff in 16 states.

“In reaching its decision on the findings of the Committee, the Commission adhered strictly to the INEC Staff Conditions of Service. The Commission therefore decided as follows:

The cases of one former National Commissioner, five former Resident Electoral Commissioners (one of them deceased) have been referred to the Presidency and EFCC for further necessary action.
Based on their level of involvement, 205 serving INEC staff will be immediately placed on Interdiction, which entails suspension from duties and being placed on half salary, pending the final determination of the cases they have with the EFCC.
Seventy staff about whom there was insufficient information regarding their involvement will be referred back to EFCC for further investigation and possible prosecution.
“The Commission hereby reiterates its commitment to defending the integrity of the electoral process. Therefore, it will continue to take stern action against its officials who compromise its core values of integrity, transparency and impartiality in the conduct of elections.”

culled from The Nation