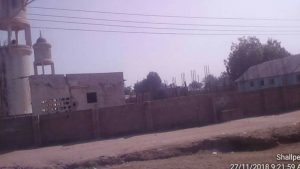 Two poems on barrier between neighbours in boundary:

One of the poems recollected that mending fences would strengthen unity and mutual coexistence between neighbours in such a way that nothing could cross to create havoc in the other side, not even the animals or plants crisscrossing.

The other poem articulated that building fence between neighbours could only bring differences associated with barrier: No sharing, no mutual coexistence but individualism.

Whatever it is, Gamji the Sardauna of Sokoto sir Ahmadu Bella was credited as saying there’s more value in understanding differences and respecting them than burying the yet to be understood differences, to have embraced what identity?

Sardauna till date, is immortalised, some of those who manipulated for the title lack any idea of the philosophy in the name as they celebrate only the title.

Sardauna was a shield and a shed the umbrella could not get to give. All were either his family or friends, irrespective of tribe, religion or origin, provided that one belonged to the same region; the north.

Scandal based on tribe or religion was unheard of. Farmers against herdsmen was never speculated. Satan was far from the scene to inspire any form of insurgency or insecurity in a community living in peace and mutual coexistence.

That life is partly been typified in Shelleng.

Umar Hassan Shallpella was in Shelleng for assignment. He reported the harmony in remote area for the Periscope Global, capturing the mood of the moment. He writes:

Both Muslims and Christians perform their religious obligations without hindrance.

Shelleng has not experienced tribal or religious intolerance that occupied parts of the southern zone leaving inhabitants living in mutual suspicion.

Religious extremist should take a cue from the peaceful Shelleng