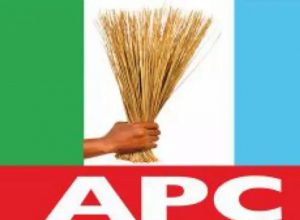 The internal crisis rocking the Adamawa state chapter of the ruling All Progressives Congress has deepened as the two major gubernatorial contenders in the last party primaries were sidelined during the Almakura led reconciliation meeting.

Leading the accusation of impropriety against the Al Makura led committee, the media coordinator of Mallam Nuhu Ribadu campaign organization, Mallam Ibrahim Usman said they were not invited by the committee to hear their side of the story.

Usman stated that the group was never invited for the meeting, saying that they only saw on the social media that a meeting of that nature was fixed for Yola on Thursday but surprisingly, heard that already the Almakura led committee was already having a meeting with Bindow’s men.

He noted that it appeared to him as if the committee members were in Government House to robb minds with the governor and his cohorts.

“It beats my imagination for a committee coming to Adamawa to reconcile APC members but Nuhu Ribadu and Dr Modi Halilu who are the major contenders were not invited.

“Who then are in the centre of the APC crisis in Adamawa?” he queried.

He added that the Almakura committee has no power to deliver Bindow in 2019 general election, stressing that APC supporters would vote in Buhari and overwhelmingly vote out Bindow.

A member of Dr Mahmud Ahmed Halilu group, Bappa Waziri described the committee as illegal that has not enjoyed the recognition of the mainstream APC stakeholders in the state.

Waziri who aspired for Adamawa central senatorial ticket said that none of the members of Modi’s camp was invited for the stage managed meeting.

He emphasised that nobody invited him, noting that he just heard it from this reporter.

Waziri accused state Governors under the APC of creating this problem in the party for imposing unpopular candidates on electorates in their states.

The committee, which was billed to interact with aggrieved members and major stakeholders from Adamawa and Taraba states did not give reasons why the major stakeholders in the Adamawa APC crisis were not invited at the reconciliatory meeting.

In his address to the stakeholders who were present at the occasion, the chairman of the 7 man committee, Governor Umaru Tanko Almakura of Nassarawa state stated that the committee would not adjudicate but to mediate in the crisis arising from the conduct of the party primary elections.

“This comittee is not to adjudicate, but to listen to members who felt shortchanged during the the congress and the primaries with a view to resolving them amicably.

“And with the help, cooperation and teamwork of the major stakeholders and the aggrieved members, the party will surely resolve all the gray issues,” he said.

Almakura told those present that the committee was operating with an opened mind to hear the side of the stories of members especially, those who contested the primaries of the party from the two states.

Al-Makura pledged that everyone with complaint would be allowed to ventilate his or her views so that at the end of the day, the committee could provide fair recommendations for addressing the differences in the interest of the peaceful existence of the party.