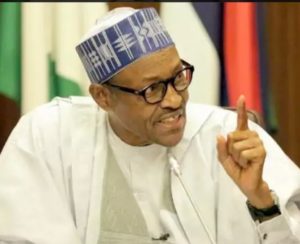 President Muhammadu Buhari has disclosed why he refused to assent to the Electoral Amendment Act.

Buhari had for the third time withheld his assent to the bill.

This was disclosed by his Senior Special Assistant on National Assembly Matters (Senate), Senator Ita Enang.

Buhari explained that passing the bill could cause “some uncertainty about the applicable legislation to govern the process.”

The President’s reasons for refusing to assent the Bill was contained in a letter transmitted to the Speaker of the House of Representatives, Yakubu Dogara dated December 6, 2018 and was published by his Personal Assistant on Social Media, Lauretta Onochie, on Saturday via Twitter.

The letter reads partly: “Pursuant to Section 58(4) of the constitution of the Federal republic of Nigeria 1999 (as amended), I hereby convey to the House of Representatives my decision on 6th December 2018 to decline Presidential Assent to the Electoral (Amendment) Bill, 2018 recently passed by the National Assembly.

“I am declining assent to the Bill principally because I am concern that passing the new electoral bill this far into the electoral process for the 2019 general elections which commenced under the 2015 Electoral Act could create some uncertainty about the applicable legislation to govern the process.

“Any real or apparent change to the rule this close to the election may provide an opportunity for disruption and confusion in respect of which law governs the electoral process.”