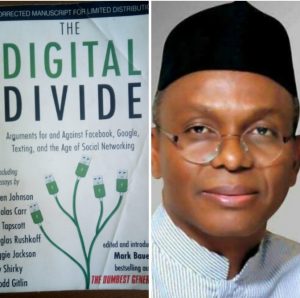 Christians are agreed that a community is doomed when it is led by the ignorant.

Muslims are agreed that knowledge is the foundation of their faith, with “iqra,” interpreted to mean read, recite, study, reflect, inquire or acquire knowledge, as the first word from Allah SWT through Arch Angel Jibril AS Prophet Muhammad SAW and as mercy unto mankind that revealed a faith; a religion, and the religion.

When one perceives knowledge as a threat, who is he impliedly challenging with the attempt at destroying its foundation, which is education?

Those who argued that budget allocations for states in the north, should favour education to get its youths out of violence associated with ignorance and to get the states shielded from insecurity occasioned by leadership inefficiency, hypocrisy: lies and deceit not to be degenerated into a “republic of lie,” moralising Wole Soyinka, must be commended.

At the end of every month, father would ask his children how many books they read for the month; just the quantity not the contents.

“I’ve got one, dad. I’m yet to be through, couldn’t finish it in the next three months.” One of the children would say.

“I haven’t read any, dad. Books are now rendered into films. I’m formatted, at the school I attended previously, without any justifiable certificate though, to be cinematic, you know. Producers and actors do the reading and we appreciate their kind of ‘selective-a-sa-tion’ of story lines and packaging in filmic terms, what they read.” One of the children would say.

“Come on dad! I don’t want to grow gray hair at an early age. Computer games have provided alternatives to being too bookish.” One of the children would say.

“Those people who read books, dad, excluding you of course, aren’t industrious, aren’t financially creative. My friend a footballer and the other a musician, are richer and preferably famous than our seeming famished teachers from primary school to date. Even the government recognises players, actors and performers than the good perfume knowledge could get to scent the saint.” One of the children would say.

“I ma got enough on my head to ponder about already, paddy. It’s getting me crazy without weeds and drugs, oldy. Why should I bother about books, dady, when codeine is criminally code named for ban, isn’t weighty as Heavy Dee?” One of the children would say.

“I’m planning for marriage, dad. Being too bookish wlll be as unfashionable to bride as unimpressive for a wooing game.” One of the children would say.

“I want to be a governor of Adamawa state, dad. The present governor is quoted to as declaring that the bookworms called “yan boko” would not lead the state anymore.” One of the children would say.

“I read six books, dad. The Digital Divide is the seventh for the month. Perhaps I’ll write another divide between innocence and experience, between education in a community that is led by a professed tyrant to knowledge and education in a community led by a professor or a metaphoric reservoir of knowledge;
About bridge, about barrier and about whether or not it is any worthy mending fences as a poet would recollect.

“Thank you dad, for sending me to Kaduna where ignorance in religion, education, government and administration is being chased out. Where certificate forgery would be intolerable for teaching job or any appointment and contesting for election; what I’ll call El-Rufai-nation in Nasir terms, of Kaduna.” One of the children would say.