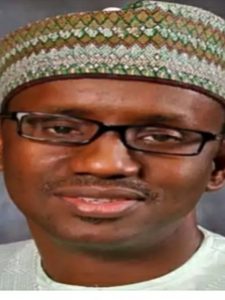 The founding chairman of the Economic and Financial Crimes Commission (EFCC), Malam Nuhu Ribadu, has bagged a lifetime/outstanding award on anticorruption campaign.

Malam Nuhu Ribadu known as the anticorruption star, to have been a governor with integrity with an incorruptible police work experience and an unquestionable certificates of education Adamawa state would hate to miss, has been globally famous

The award, which was administered by Doha, Qatar-based thin- tank, Rule of Law and Anticorruption Centre (ROLACC), celebrates corruption fighters, academics and campaigners from around the world.

The award ceremony was held Friday at the Putrajaya International Convention Centre in Malaysia.

The award was in four categories, with joint winners in each category.

Each category of the award was accompanied with a cash prize of $250,000.

The honourees were presented with a plague and certificate each by the two leaders.

Ribadu was nominated for the award by the African Centre for Media and Information Literacy (AFRICMIL), a civil society organisation doing pioneering work on whistle-blowing policy in Nigeria.

His winning followed approval by ROLACC’s High-Level Selection Committee and the board.

In his short acceptance speech, Ribadu described the award as a tribute to persons around the world working to curb corruption.

He paid tribute to his colleagues at the EFCC, some of whom paid the supreme price in their line of duty.

He said the award would boost the morale of corruption fighters who would come to realise that their job was not thankless, after all.

Those who were honoured alongside the former EFCC chairman included Cambridge University don, Prof Jason Sharman and Dr. RobtelNeajai Pailey of Oxford University, who won the academic excellence category.

The award for innovation was conferred jointly on PNG Phones Against Corruption, an ininitiative from Papua New Guinea on reporting corruption and Dr. Roger Oppong Koranteng, a Ghanaian national who heads Public Sector Governance at the Commonwealth Secretariat