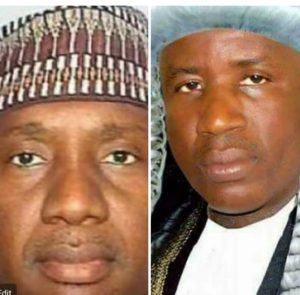 Bindow, during the presentation said, the budget, aimed at consolidating the gains of the 2018, was to enhance infrastructural development across the state.

Bindow who arbitrarily scored the 2018 budget implementation 99% high performance level, promised to give the education, Healthcare, agriculture, works and water sub sectors the needed priority with a view to consolidating what he regarded as the previous recorded successes.

Receiving the budget estimates, Speaker Kabiru Mijinyawa, promised that the house would see to its approval within one month, so as to fast track development in the state.

Mijinyawa explained that in fast tracking the process of passing the appropriation bill, the house would ensure reading it at first and second levels on the floor of the house on the day of presentation.

Mijinyawa lauded the achievement of the 2018, which he said has performed at 65 and 70 percent level, adding that such feat was commendable anywhere in the world.