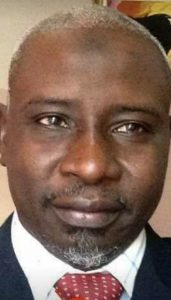 Addressing newsmen shortly after a peaceful procession of the members of the Union at the main gate of the university, the chairman of SSANU Mautech branch, Comrade Mohammed Ibrahim Haruna noted that the protest was in deference to the 35th NEC meeting of the Union which held between December 5-6, 2018 at Enugu.

He noted that during the Enugu meeting, some far reaching decisions were taken to compel the government to implement the payment of N8b earned allowances to the three non academic unions of the universities.

Ibrahim noted that another reason for the warning strike stemed from the failure of the federal government to reinstate the university staff employees who were unilaterally sacked despite the verdict of the national industrial court to the effect that such schools should remain an integral part of the university system.

“That the Federal Government through the federal ministry of education had informed the chairman of the joint action committee of NAAT, NASU and SSANU via a letter dated August 9, 2018, that approval had been given for the release of N8 billion being payment of earned allowances for non-teaching staff in the universities and requested for templates for the payments to the unions.

He added that as a union, which respected the tenets of democracy, it felt that in the wake of the enumerated points the Union was left with the option of taking the gauntlet to press for their rights in a peaceful atmosphere in order to make the government responsive to its responsiveness by responding to the demands positively.