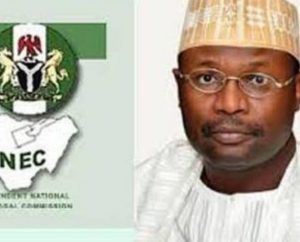 The Independent National Electoral Commission (INEC) has urged the federal government and the Academic Staff Union of Universities (ASUU) to resolve the lingering strike by university teachers, which has brought academic activities across the country to a halt, warning that failure to do so could adversely affect preparations for the conduct of the 2019 general elections.

The INEC National Commissioner and Chairman, Information and Voter Education Committee, Mr. Festus Okoye, who raised the alarm at a one-day seminar on media and gender-sensitive reporting of elections organised by the commission in collaboration with the support of UN Women, stated that students of federal tertiary institutions should and must be in school at least a month before the February 16 presidential and National Assembly elections.

He said, “For the 2019 elections, INEC will recruit and deploy over one million ad hoc staff made up of lecturers in federal tertiary Institutions, members of the National Youth Service Corps (NYSC) and students of federal tertiary institutions.

“INEC is currently organising training for serving National Youth Corps members that will be deployed as presiding officers and wants to begin the conduct of ROOT training for students in the various tertiary institutions in Nigeria.

“And it is imperative that these categories of students are in school at this point in time.”

He lamented that should the strike persist, it would be near impossible for the members of NYSC to provide all the ad-hoc staff needs and requirements of the commission and over 70% of the ad-hoc staff requirements in some states of the federation, which are drawn from students of federal tertiary institutions.

Okoye said, “We, therefore, call on ASUU and the Federal Government of Nigeria to quickly and genuinely resolve the lingering impasse that has led to uncertainty in the education sector.

“The national interest, the interest of our democracy and the reputation of Nigeria demand the immediate resolution of the issues that led to the strike and we so urge.

“It is therefore important that students of federal tertiary institutions should and must be in school at least a month before the February 16 presidential and National Assembly elections. They are a critical resource and their absence will have an adverse effect on ad hoc staff requirements of INEC.”

According to him, “For the media to cover, disseminate election activities in an objective and professional manner to deepen our democracy, it is imperative for INEC to constantly interact with, explain and be upfront in providing information to the mass media to avoid speculation, suspicion and rumour-mongering especially at this critical election year.

“INEC is wrapped around inclusivity and believes in the doctrine of not leaving any segment of the Nigerian society behind and this workshop on media and gender sensitive reporting of elections is part of the daily policy of the commission, aimed at encouraging and underpinning the equitable participation of all segments of the society in elections and providing a level playing field for all stakeholders in all stages of the electoral process.”

He said the rationale behind the commitment is based on the understanding that equality and equity are cardinal principles of electoral democracy, noting that addressing the issue of inequality in politics demands that the media support the advocacy for gender equality in politics by making media reportage of electoral activities more gender sensitive and responsive.

The representative of UN women, Mr. Lansana Wonneh, in his goodwill message, noted that when politics is inclusive and women participate the results are better.

“Nigeria leads Africa in almost anything but in exception of female participation in governance and politics. We are several weeks away from the general elections and this seminar could not be more appropriate. At UN Women, we are working with INEC to make sure that there are efforts in making elections free and fair and inclusive, especially gender inclusive,” he said.

While listing the objective of the seminar, the Deputy Director, Gender Division, INEC, Mrs. Blessing Obidegwu, said it was designed to sensitise the media on the need to take conscious steps in mainstreaming gender in their reportage of the electoral activities in the 2019 general elections and beyond.

She lamented that male politicians tend to receive more media coverage at the detriment of their female counterparts who sometimes get displaced for want of exposure.

She added that the seminar speaks three of INEC’s gender policies which aim to mobilise the support and cooperation of other stakeholders (in this case, the media) in making electoral system more gender-sensitive.

Also, the National Commissioner and Chairman, Outreach and Partnership Committee for INEC, Dr. Adekunle Ogunmola, in his remarks, said in building an inclusive and gender-balanced democracy, INEC was concerned about gender discrimination in the aforementioned roles of the media in elections.

According to him, “The media functions as a transparency watchdog that ensures that all players in the democratic space adhere to the electoral laws governing activities in accountable and transparent manner. A look at the media with the gender lens supports the point that men are more visible and dominant in media than women during elections.

“Therefore entrenching gender stereotypes which further impedes women’s political visibility and success in elections. Promotion of women’s participation in politics as voters, candidates, politicians, civil society activists and in other roles is important because it allows women to exercise their fundamental human rights.

“Gender stereotypes are damaging to both men and women because they constrain individuals and society as a whole. As a tool for social reengineering media reportage of political events can be tweaked to promote inclusivity in the electoral process by highlighting gender issues with a view to engaging responses that will improve women’s political visibility.”