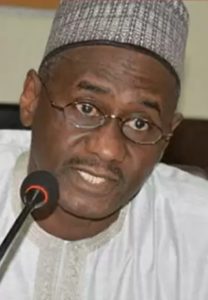 The committee set up to investigate allegations of fraud against the Executive Secretary of the National Health Insurance Scheme, Prof. Usman Yusuf, will submit its report to the Secretary to the Government of the Federation, Boss Mustapha, on Monday.

The Chairman on the NHIS Board, Ifenne Enyanatu, had on October 18, said it had suspended the Executive Secretary after obtaining permission from the Minister of Health, Prof Isaac Adewole. A day after the pronouncement, Yusuf defied the Governing Council and resumed at the headquarters of the NHIS in Abuja with the backing of policemen.

When contacted over the delay in the submission of the committee report, the Assistant Director of Communication, Office of the SGF, Olusegun Adetola, had told our correspondent that the secretary of the committee, Jumai Ndako, had said that the report would be submitted last week. He also allayed the fears that there was an attempt to sweep the report under the carpet.

He said, “It is true that the committee was given two weeks to complete its report when it was inaugurated six weeks ago. I recently contacted the panel secretary, Ndako, who is a director at the SGF office, and she told me that the assignment became expanded because of the number of witnesses and other officials contacted. It is vital for the panel to do thorough work and come up with credible report because of the sensitive nature of the assignment and for the sake of fairness and equity.”

When Adetola was contacted a week after the submission date, he was not available to confirm if the committee kept to the time. But the newly appointed Director of Communication at the SGF office, Willie Bassey, confirmed that the report would be submitted on Monday.

He said, “The panel set up by the Federal Government to look into the controversy between the Board and the Executive Secretary of the NHIS will submit its report tomorrow (Monday) at SGF.”