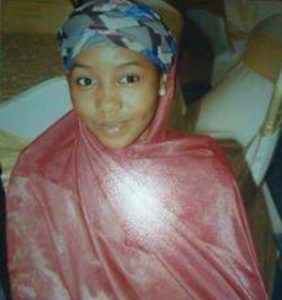 Ember months are months saturated with festivities; before Christmas there were graduations and productivity award ceremonies, Maulid for this year was celebrated by those who honoured it. After Christmas, Boxing Day, series of wedding celebrations continued till New Year.

I have had about 12 weddings Fatiha for my family and friends to have attended, between Friday yesterday and Saturday today. I however couldn’t get to attend any because I’m medical unfit at the moment.

There were also the occasions for mourning within the festive periods; deaths as a result of sickness or accidents owing to rough riding or driving such as that which killed an undergraduate student the only child of her parents, on Christmas day, reported by the NewsmakersNG:

“A final-year student of Urban and Regional Planning, Olabisi Onabanjo University, Boluwatife Oyeleye, was abandoned to die on the road after she was knocked down by a hit-and-run driver in Ajah area of Lagos on Christmas Day.

“NewsmakersNG learnt that the victim had just alighted from a vehicle and was about to cross the Lekki-Ajah Expressway at the Ilaje bus stop when she was hit.

“She was reportedly dragged to the roadside by a motorcycle rider who later abandoned her after no motorist volunteered to take her to a hospital.

“NewsmakersNG learnt that the deceased was her parents’ only child.”

Yesterday Friday was a Walimah kind of sendoff day for Engr. Fauzee Tataru a Quantity Surveyor who would be getting married today being Saturday.

Little the family and friends with those who attended the walimah yesterday, did know that instead of the gathering of the witnesses for the marriage contract, the same venue; Gwallaga Jumua’t Mosque, Bauchi would be used for the funeral prayer of Fauzee the day she was to be married.

what a bitter experience for the groom, family and friends!It is indeed a pathetic, tribute worthy tragedy.