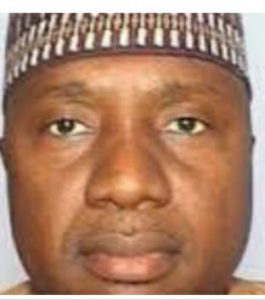 Justice Babatunde Quadri of Federal High Court (FHC), Abuja, transferred the case to FHC Yola last month for trial when the matter came before his court.

When The Guardian visited Yola FHC on Monday, the court clerk confirmed receipt of the case file. After opening several pages of the case list, he also confirmed January 9 as date for the commencement of hearing.

In the suit marked FHC/ABJ/CS/1149/2018, the incorporated Trustees of Global Integrated Crusade Network (GICN) alleged that the claim by the Adamawa governor that he graduated from Government Secondary School, Mangu, Plateau State, in 1983 and was issued a certificate by the West African Examination Council (WAEC) was false.

Joined in the originating summons as defendants are WAEC, the Independent National Electoral Commission (INEC), the All Progressives Congress (APC) and the Nigerian police.

The summons filed by Edward Omaga, on behalf of the plaintiff, was brought pursuant to Order 3, Rules 6 and 9 of the Federal High Court (civil procedure) Rules 2009 and is supported by a 32-paragraph affidavit.

The plaintiff is asking the court to stop the governor from seeking re-election on the ground that he does not poses a secondary school certificate or its equivalent as required under section 177 (a) of the 1999 Constitution.

Justice Abdulaziz Anka of FHC Yola, billed to resume Christmas and New Year holiday this week, will preside over the case that is expected to be witnessed by over 5,000 APC members.