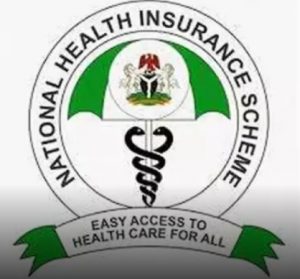 The Nigeria Medical Association has said that there must be a government policy in place to assist people with cancer in the country.

The association described the exclusion of cancer treatment from the National Health Insurance Scheme as a bias against Nigerian patients who could not afford the treatment.

The NMA at its 2018 Annual General Meeting in Uyo Akwa Ibom State, noted that the exclusion had caused many deaths in the country and increased the number of Nigerians suffering from chronic cancer.

In an interview with our correspondent, NMA president, Dr Adedayo Faduyile, said the body was concerned about the development, adding that NMA would intensify campaign with the view to pressuring the NHIS and the Federal Government to recognise cancer sufferers in the health scheme.

In a separate interview with our correspondent, NHIS spokesman, Ayo Osinlu, said the scheme’s pool of fund would dry up if a capital intensive treatment like cancer was included. He, however, said that the scheme still had provision for cancer patients to an extent.

In his argument, the NMA president called on the FG to review the Act that established NHIS to save the lives of many Nigerians who are cancer patients. He said the absence of the various machines used in the treatment of the disease in Nigeria made treatment expensive and out of the reach of the patients whom he said were forced to resign to fate because of government’s failure to protect them or support the cost of their treatment. He added that in smaller third world countries, governments had in place policy that helped cancer patients.

The NMA president said, “It will be better if we can do some research by comparing our country’s health scheme to what obtained in other countries, even poorer countries, to see if cancer treatment is usually taken care of in health scheme meant to help citizens. Cancer treatment is terribly expensive. It is out of the hands of anybody. I pray that I don’t have cancer because even as a doctor, I will not be able to fund it.

“We need a government policy to support cancer treatment. NHIS should review its policy and examine its responsibility to the people. Cancer care is not in Nigeria, physiotherapy is not in Nigeria, chemotherapy is very expensive and none of the cancer drugs is produced in Nigeria. Who takes care of all these deficits if the government said it cannot do it? Is it the poor Nigerians who are suffering that should be left to do it?

“The NHIS has a large pool of funds that is lying idle. Let them put it into use to help cancer patients. We have only one radiotherapy machine that is working in this country. We have only one functioning Linear Accelerator machine in Nigeria located at National Hospital, Abuja. The other machines we have at LUTH and University College Hospital, Ibadan are breaking down every now and then. The government can assist in many ways instead of ignoring cancer patients.”

Speaking in the defence of NHIS, Osinlu said it was important to protect the fund which the scheme relied on in order to cater for other forms of communicable diseases .

He said, “At the inception of the scheme, the pool of fund was largely negligible in such a way that we are unable to take care of diseases that are capital intensive, otherwise the risk would have been taken. A few diseases, if included could wipe off the pool of the money we rely on and many people who subscribe to it will not have access to health care.

“As a way of protecting the fund, those financially intensive health conditions were either partially or completely excluded in the hope that as the pool of fund increases, we can extend coverage into those illnesses. A young insurance scheme like NHIS that started in 2005 could not have been able to take care of all illnesses.”