By Haruna Yusuf, FIBDFM: from Abuja 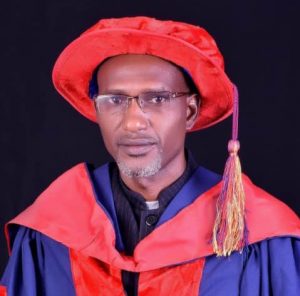 The Senate of the United Nations-POLAC has appointment the Periscope Global Publishers’ lead publisher Dr. Adamu Muhammad Dodo as its Deputy Country President in charge of the Northern states of Nigeria.

The appointment issued by Dr. Halo Eton Director General of the organisation, was with effect from first January, 2019.

Dr. Dodo is to work directly with the Director General of the UN-POLAC Foundation to see to the registration of new Peace Advocates in the entire northern states of Nigeria.

Dr. Dodo the Public Relations consultant and media expert, is considered as uncompromising radical who majored in investigative Journalism with human angle touching, developing a hobby at the same, in peace and conflict resolution, anti corruption and Human Right activism as a social responsibility.

United Nations-POLAC was established as an international, autonomous institution in 2001 with the UN and UNESCO, following the General Assembly resolution, declaring 2001 – 2010 as a decade of peace and nonviolence.

The institution’s mandate, is to enhance the effectiveness of the United Nations Millennium Development Goals; Now Sustainable Development Goals and UNESCO culture of peace programmes; particularly, the maintenance of peace and security and the restoration of human dignity.

The institution has, as its name implies, two main functions: training and research.

The institution is guided by the following goals:

To defend Human Rights and restore dignity of all persons.

To contribute to peace and security by promoting collaboration among groups and individuals through culture and education.

To enhance the position of family heads through recognition as Peace Advocates for proper family upbringing.

To recognise people (both late and alive) as legends, with a view to encouraging the present and incoming generations for peace and sustainable development.

UN-POLAC has regional, liaison and field offices in USA, Africa, Asia, and Europe.

Dr. Adamu Muhammad Dodo was admitted into the organisation as an Ambassador of Peace on December 12, 2015.

Dr. Dodo, due to his diligence and dedication to assigned responsibilities, was appointed to serve in his capacity as Acting State Director UN-POLAC Adamawa state, A Programme Manager of the organisation and Vice President of the United Nations-POLAC Foundation, all in 2016.

The Senate of the UN-POLAC has eventually, confirmed the appointment of Dr. Dodo as the State Director in charge of Adamawa state in addition to receiving award of excellence, in 2017.

Dr. Dodo received the Best UN-POLAC State Directors Award and was conferred with the Honoree PhD Award in Sociology of Peace by the Senate of the Institute of Peace and Conflict Resolution of the United Nations-POLAC in December, 2018.

Success could be defined as that which opened the Dr. Dodo’s door to 2019 with his appointment as the Deputy Country President in charge of the Northern states of Nigeria, taking effect from January 1st, 2019