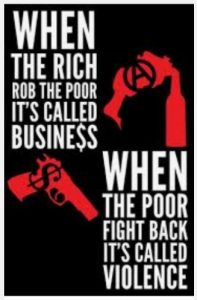 “Someone who claimed to be a police working for the ADC to governor Bindow, by name; Adamu Banufe with phone number 07038721317, called, threatening to kill me.

“The conversation is on record, the public should know that. I am not the type who they coarse easily. No kind of arm twisting or threats can make me shift my ground – Mustapha Atiku Ribadu.

The friction between, was said to have started when the anti corruption tsar Malam Nuhu Ribadu was factored into APC Buhari/Osinbajo campaign team.

A development, the Bindow apologists thought, could silence the Black Cap opposition.

The Bindow led, was said to have manipulated smuggling the Black Cap Revolutionary Movement to their political favour.

It is natural, a literary critic would articulate, that in any struggle that is aimed at emancipation/liberation against oppression/exploitation, backsliders, betrayers, the bourgeois modernist escapists, who have tendency to mortgaging their consciences succumbing to miserable inducement for submission against principles and the philosophy of the struggle, would not be ruled out.

Some members of the black cap movement, were said to have been showcased at the private house of governor Bindow, submitting the movement to the dictate of the governor and the ruling party at the State level.

Mustapha Atiku Ribadu was not to be surprised with the renegades degenerating to being overzealous in taking over the movement as their personal property, or to be milder, arrogated to themselves, the perception of the members of the movement for a political direction based on what was channelled into their personal purse.

“As black cap members, they’re entitled to their choice based on personal intereste. However, they have no ground to speak for the movement in general. Therefore, they’re on their own,” Mustapha Ribadu would say.

In one of the congress meetings, the Periscope Global Investigate will reveal that the members have collectively reaffirmed their commitments to accomplishing the mission and vision of the movement. They have resolved against aligning with Bindow, even though they’re totally behind President Muhammadu Buhari.

“We’re not for Bindow
We’re not for digital
We’re not for he who lacks certificate
We’ve not mortgaged our conscience
We’re no slaves,” the inspired members of the black cap revolution chanted during the reawakening congress meeting.

The movement alleged that the ADC to Bindow was either assigned or has decided against his profession to join politics into coercing the members of the Black Cap Revolutionary Movement to the dictate, against their principles, to his principal.

The Periscope Global Investigate, sought to find out the reason behind the allegation of the interference of the ADC to Bindow into the affairs of the movement; whether or not it could go for libel.

“I’m neither a coward nor a paranoid. I don’t raise false alarm. I said it and I’m repeating it. The ADC to governor Bindow should be held responsible if anything happens to me. The world should know.

“If you want proof, this is a recorded telephone conversation. Go and listen to it.

“Someone who claimed to be a policeman, working for the ADC to governor Bindow by name Adamu Banufe with phone number 07038721317 called me and threatened to kill me.

“It’s not about being afraid. But we’re not taking this lightly. Ignoring it is tantamount to endorsing a smuggled anarchy in our peaceful coexisting state.

“We’re taking it to the appropriate authority with a view to tackling any tendency to hired assassination in our state.

“We are Black Cappers. We remain in Black Cap Revolution Movement. No going back. No compromise. Our next level campaigns is for Buhari/Osibanjo and our APC Senators, and Members of the House of Representatives only, no more no less” Muatapha Ribadu said.

The following is the translation of the telephone conversation between the claimed Aid to the ADC to Bindow and Mustapha Atiku Ribadu leader of the Black Cap Revolutionary Movement:

Aid to ADC: ADC is not a politician and governor Bindow is for everybody. He’s yours, he’s mine and he’s everybody’s.
Democracy has given you the right to comment on the governor or the president and anybody, under the cover of freedom of speech.
However, the freedom of speech does not give you the right to challenge ADC publicly. He’s my boss. He’s a policeman and not a politician.
He’s however mandated by law to protect the interest of his principal, as much as I’m by law mandated to protect his interest.
that’s why I called, to warn you never again should you write or go to the press to make any comment against ADC.

M Ribadu: My take is that ADC should desist from interfering in the political activities of the black cap.

M Ribadu: Listen to me now.

Aid to ADC: Go ahead.

M Ribadu: If ADC doesn’t stop minding his business with our black cap activities, I’ll not stop challenging him.

Aid to ADC: If you don’t stop challenging him, I swear to God, you’ll regret ever living…

Aid to ADC: OK. You’ll soon die. I swear, you’ll soon die, because whosoever could be, even if it would be Nuhu Ribadu who would step on ADC’s toes, to God…

M Ribadu: If ADC doesn’t stop minding his business, interfering in the political activities of black cap, I’ll not fold my arms.

Aid to ADC: That’s what I want to tell you… listen now…

M Ribadu: Isn’t the ADC a policeman? He should concentrate on his police duty.

Aid to ADC: Now I want us to draw a line, I swear, if you ever go to the media again or write any comment on ADC, I swear, you’ll not castigate anyone anymore.

M Ribadu: Will I die?

Aid to ADC: I didn’t say I’ll kill you but you’ll not castigate anyone anymore.

M Ribadu: If I’m not dead, I’ll not stop it, so long as ADC doesn’t stop interfering in the political activities of the black cap.
If his job is to protect the governor. then he ought to reduce his assignment to providing security to the governor only.

Aid to ADC: Now the dice is between you and I.

M Ribadu: What’s my business with you?

Aid to ADC: Whoever could be behind you, by the time I pounce on you, only God can intercede for you.

M Ribadu: I don’t know you and there’s nothing you can do to me.

M Riadu There’s nothing you can do to me.
So long as ADC doesn’t stop minding his business…

Aid to ADC: That’s why I swear. Not only you, Mustapha, even if it were Nuhu Ribadu who would go to the press, pressing charges against ADC, we’d not spare him. Now let’s go. End.

The Periscope Global Investigate tried calling, however, the GSM number of he who claimed to be a subordinate of the ADC to governor Bindow was not going through.

The version of the ADC will however make an update.