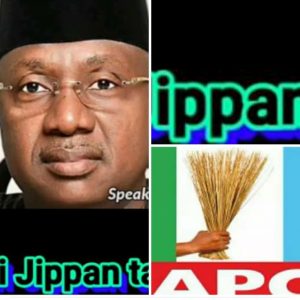 * Adamawa will not be able to pay salaries – Political Analyst

The mass appointments in Adamawa State Polytechnic, state Inland revenue service and ABC Yola among other 11th hour appointments, when the state governor would have to go for loan to be able to pay outstanding salaries of civil servants with local government authorities and primary healthcare centres, was considered by political analysts as summarily, clueless.

Investigation by this medium has indicated that the governor, has resorted to the abuse of the privileges of his office by appointing permanent secretaries at will without recourse to the civil service rules or even the inherent consequences on the lean finances of the state and by extension the future of civil service.

A permanent Secretary, who is also a beneficiary of such appointments confided in our reporter that, despite being a beneficiary of the “political largesse”, the action of the governor, would definitely subject the state to financial haermorrhage and bankruptcy in the future, noting that such tendency, if left unchecked, might put a serious strain on the limited resources of the state to the extent that, it could not pay salaries of workers, or could lead to a situation where the emoluments of workers and retirees could even surpass the income being generated by the state in the nearest future.

He noted that for the first time in the history of civil service, the appointment of permanent secretaries has been a source of political patronage being used by the governor for personal and political gains to the detriment of the civil service system .

“The new mindset of governor Bindow in bastardising the system for personal whims and political advancement to the detriment of the service, will surely annihilate the future of the service in the state.

“Such unilateral appointments have already drawn a lot of bad blood within the system, as many senior civil servants, who felt shortchanged, are bitterly complaining and becoming despondent to the extent, they are contemplating on sabotaging the system as a negative response to what they consider as administrative injustice with impunity, owing to inefficiency viciously visited on them,” he said.

He noted that the development, if allowed to prevail, could breed a lot of chaos, uncertainty, corruption and indiscipline summed up to mean administrative anarchy, defined as tyranny to any development in the state especially, considering the l status as a civil service state.

One of the areas in which Bindow glaringly short circuited the civil service rules for political advantage was in the appointment of Dr. Edgar Amos as the head of civil service in the state.

A permanent secretary who spoke to our reporter in confidence noted that “Governor Mohammed Bindow’s choice of Dr Edgar Amos as the Head of Service, was a gross abuse of civil service rules and laws because of the fact that Amos was a junior civil servant. He was however superimposed on us for the expediency of political correctness, he said.”

He noted that the governor did not only abuse the rules of the state civil service, but also showed total disregard for seniority in civil service.

“When seniority in civil service is grossly abused, governance would suffer, as it would breed disrespect to directives.

“How do you expect me to take orders or directives from Edgar, who has spent less than 10 months as permanent secretary?” He queried.

The permanent secretary said he could not see the logic or wisdom of him receiving and honouring directives from Edgar who going by the record, was by far his junior in the civil service, noting that there was no way he would defer to someone who has been a permanent secretary for less than one year while he held the position for more than eight years.

Another gross abuse of executive powers as displayed by Bindow was in the appointment of Hajiya Nafisa Bashir. Bashir’s appointment as permanent secretary came precisely eight days to her retirement and ten days after she was promoted from a director at the board of internal revenue to a deputy permanent secretary.

Investigation has shown that the appointment of Bashir as permanent secretary was a political move by the governor to appease the Bashir family over his failure to appoint their daughter as the boss of the Board of internal revenue, which she keenly contested and lost to the incumbent executive chairman, Hamman Adama Njabari.

Multiple sources have confided in our reporter that, in the build up to the succession of the last boss of the board of internal revenue, Bindow has made a concrete promise to Nafisa Bashir, to the effect that he would appoint her to superintend the revenue board following, which she was said to have prepared earnestly for the big and lucrative job, but to her dismay, Njabari was appointed instead.

Such advice was said to have made Bindow to capitulate on his promise to appoint Bashir as the chief revenue collector.

Since then she was alleged to have distanced herself from the governor despite being his classmate because of the bad blood generated between the duo.

The development is constituting a serious constraint on the lean resources of the state to the extent that if care is not taken, payment of salaries will be difficult for the next administration as all permanent secretaries continue to enjoy their emoluments even after retirement, a senior civil servant in the state confided in our reporter.