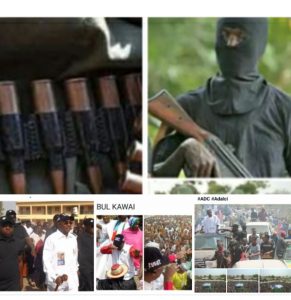 The ‘Yan Malam, as they are called, God knows which malam? Simply identified as Boko Haram, yet are attacking not just academic institutions and the products of the institution but the worshipping places, business centres, market areas, farmers in their farmlands, the herdsmen, villages towns and hamlets, the peasants, the illiterates, the elites and the endless lists.

In fact, survival, peaceful coexistence, human lives and that which include theirs, seem to be to them “haramic”. Clinicians could coin a name to such characters with savage characteristics.

They kill with hideous cruelty, their never to be defined enemies other than humanity, as they are being killed by their hunters, responsible for restoring sanity in the country, called the military or is it the constituted army against the enemy?

The Periscope Global Investigate, will report that the terrorists, code named “Boko Haram” insurgents, have on Monday January 4th, 2019, descended on Shuwa town in Madagali local government area of Admawa state to unleash violence against peaceful coexistence, coinciding with the campaign rallies defining the 2019 electioneering atmosphere. government areas situated in the southern Senatorial zone of the state.

Governor Muhammadu Umaru Jibrilla Bindow of Adamawa state, with his campaign train, was covering the central senatorial zone of the state. 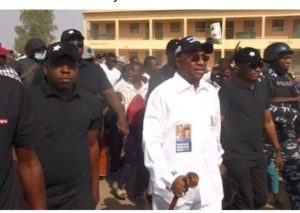 He was well received in Hong, a local government not far from where the BH insurgents played violent guests to Shuwa, typical of the entry into troy as a poet would recollect.

Shuwa is in northern senatorial zone of the state and it’s a border town with the Sambisa BH ridden forest.

Recall the reports Sunday that the BH insurgents, were alleged to have “freed?” released herds of cattle they earlier alleged have been confiscating as booty from either the herdsmen or ranches at homes in towns once occupied by them owing to what was defined as clueless, insensitivity, administrative inefficiency and the alleged complacency against the northeast of and by the PDP led government that resulted to insecurity.

The herds of cattle, were reported to have scattered across Sambisa forest with some tracing their paths to neighbouring towns.

Some critical minded, have given a critical thinking to the development, urging the neighboring communities to be on alert as security is everybody’s business.

One would have thought that the insurgents are real heroes as they would want themselves hailed. However, the Baga encounter, with the Nigerian army, was a humiliating defeat, which necessitated their forceful retreat not to be given to the ghost.

Baga is no longer a BH breeding ground it’s their cemetery, summarily speaking. Those who hitherto thought that the Nigerian Army is but den of cowards, we’re put to shame.

Baga is taken, the BH would not respond to the request of the gallant soldiers to come back for a combat, hence decided to embark on soft targets.

“BH insurgents will surely be repelled in Shuwa. They can’t go beyond that,” a public commentator who’s impressed by the war on terror, exclaimed.

There must be unity and collective and political will, irrespective of political leaning in the total emancipation and liberation against annihilation, oppression and any form of insecurity occasioned by insurgency that knows no tribe or religion.