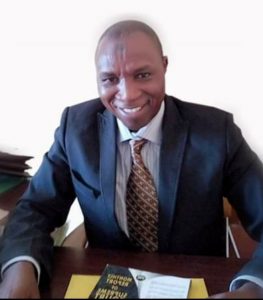 Floodgate of reactions trailed the recent attacks on hamlets, villages and towns around Madagali local government area in the northern senatorial zone of Adamawa state.

The zone where governor Bindow of APC and Rt. Hon. Fintiri of PDP both gubernatorial candidates hailed from.

The Periscope Global political desk, reported Tuesday, that Boko Haram insurgents raided Kirchinga village in Madagali local government area perhaps, for food items as their means of food supplies were said to have been frustrated by the government they are waging a war against. Though some pundits have given political colouration to the terrorists attacks.

The onslaught left two people dead with houses, other foodstuff they could not steal and other valuables worth hundreds million naira set ablaze.

“The villagers who could be waiting to be told tales by the moonlight on broad daylight, about resettlement, rehabilitation, rebuilding and other REs relating to progress and development, they are yet to see and are waiting to respond with their PVCs, are however devastated by the terrorists attack.

“Some took to their heels high to the hills without knowing whether or not it would be a safe heaven there, while some have simply fled to other rather presumably safer towns during and after the attack. The military came after the terrorist left,” a villager lamented.

Kirchinga a village sharing border with Sambisa forest made Boko Haram enclave, has been facing series of attack since the insurgents started launching onslaught on communities in the Northeast about ten years ago.

“The attack came barely less than two weeks when eligible voters in Nigeria are getting set to go to the polls to elect their preferred president and parliamentarians. This is indeed worrisome,” a villager lamented.

However, unlike the Kirchinga experience, the onslaught on Shuwa, was surely repelled by the Nigerian Army who put show, the Bernard Shaw would showcased, by subjecting the insurgents to exhibit their fame in shame.

The insurgents, could not face the military and their running away, was not in anyway to comeback for either continued or renewed combat if at all they would ever get back to report to their paymasters how they were shamed to a humiliating defeat with a never assured insurance in Shuwa.

Critics questioned the attacks, especially, coming with the 2019 electioneering atmosphere.

The critical thinking minded, are however pondering upon its implication, proffering possible and most preferred solutions too, in doing away with stinky filth of thought for a double standard.

Adji urged for more military troupe to be deployed to, rather than relocating polling units from villages prone to terrorists attack.

Adji argued that any technical attempt to relocate polling units with the guise of fear for terror, would be fantastically, rejected not only by the to be affected electorates in the affected areas but also the right groups.

“Recall the 2015 electioneering atmosphere, owing to what was considered as crisis of insurgency, the electorates from Madagali and Michika local government areas, were made to travel to Yola to cast their votes. It was a humiliation of franchise as it resulted to very poor turnout, not because the electorates were disinterested but because of the distance.

“The experience will not only lead to disenfranchising majority of the electorates by displacement, it is also prone to election malpractice.

“Dr. Dodo, tell me, does INEC have the capacity to convey the entire eligible electorates from the seeming affected by insecurity areas to the relocated polling units as had happened during the last election?

“It would be left for the aspirants or the political party(ies) that would want votes from, to convey the electorates to the relocated polling units.

“If however, it would be left for the state government to facilitate the conveyance of the electorates to the will be relocated polling units, mind you, the state governor is among the governorship aspirants. foul play would be given a reflection; the synic and critics of credible, free and fair elections would have a field full day.

However, arming the military and deploying same in multiple to the insecurity prone areas to be followed by aggressive enlightenment using the media, will, in my judgement, salvaged the electorates from being disenfranchised,” Adji said.