* We are investigating the matter  – NLC 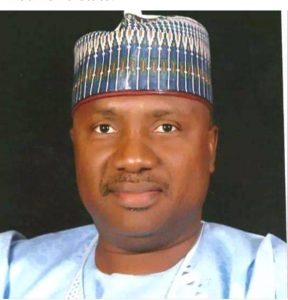 Civil servants with Adamawa state government were reported to be grudging on how money was gorged out of their salaries without concocting however crude for a rude reason.

Some civil servants interviewed, were with the view that a showdown with the Bindow led government over what they considered as extortion by deduction of money ranging from N2,000 from their January salary, without advancing any rather justifiable reason, would be necessary.

There were insinuations that greeted the salary cuts. The guided by political motive are in concord with the allegation that the salary deduction was to enable the Bindow led government fund the President Muhammadu Buhari’s rally in Yola slated for Thursday.

Chief among those persuaded by the insinuation was a certain director with the state civil service.

On condition of anonymity the director disclosed to newsmen that “after my investigation from the ministry of finance, I discovered that our salaries were deducted to fund the presidential campaign rally taking place on Thursday in Yola.

“It pains some of us because governor Bindow has blatantly refused to pay our leave grants since he took over in 2015 and now our little salaries are extorted to mobilise people for APC presidential rally in Yola.

“With this action, the All Progressive Congress ( APC) government has lost workers support in Adamawa state,” she said.

However, the persuasive for politics insinuation was challenged by yet another allegation that the exploitive deduction to count as another form of extortion by means of salary cut, was guised under the printing of staff identity cards.

“Recall that around this time last year, even the Periscope Global Investigate reported about the similar deduction ranging from N2,000 from workers’ salaries as service charges for staff identity card.

To say that Bindow led government extorts civil servants salaries to fund President Muhammadu Buhari’s rally in Yola, amounts to a rather cheap hate speech, though we’re not in support of the dedications for identity cards,” a worker explained.

The workers insisted that if the leadership of NLC failed to recover their money from the Bindow led government, they would take to industrial action.

The Chairman of the Adamawa state chapter of the Nigeria Labour Congress, (NLC), Mr Jeremiah Ngyakwar, in a phone chat with our reporter, confirmed the development, adding that he has received a number of complaints over the deductions and that he contacted the Office of the Accountant General of the state but was yet to get clear response on the matter.

Ngyakwar who is attending an NLC official function in Abuja, added that upon his return to the State, he would carry out full investigation on the matter before taking any action.

“I received complaints from different workers. I contacted the Office of the Accountant General but I did not get a clear response concerning the issue of the deductions, so when I return I will get to the root of everything and get back to you,” Ngyakwar said.

The national publicity secretary of National Union of Local Government Employees (NULGE), Mr. Emmanuel Fashe, also confirmed receiving complaints from council workers over the deductions, but said that the state chapter of the union would investigate the matter before any decision would be taken.

Efforts to get reactions of the state Commissioner of Finance, Mahmud Sali as well as the Accountant General of the state on phone and in writing, proved abortive as neither of them responded to enquiries by newsmen to that effect.

However, political analysts argued that the Buhari supporters are not paid crowd. Therefore, the question of extorting money out of the salaries of the civil servants with Adamawa government to fund President Muhammadu Buhari’s campaign in Yola is kind of Kannywoodian to make believe, better understood by those who patronise Kannywood.