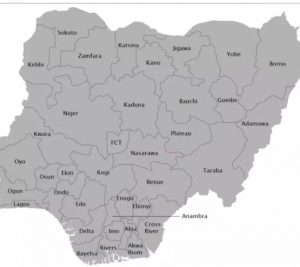 It is 2019; yet another Nigeria’s political year.

Almost four years ago, politicians, some solicited for mandate, some lured the electorates, hypnotised by money to be mandated, while others that formed the majority, simply shielded under the SAK phenomena.

Then, there was a need for change, lest the country degenerate into anarchy mortgaged by inefficiency and heartlessness for crudest inhumanity.

It was the first time though, a sitting president was defeated by a candidate from the opposition party. It was however the first time to honour the defeat and have it celebrated in peace.

There have been celebrations; insurgents are defeated. Thanks to the military and the civilian JTF following lead, joined by political will. However, the war against terrorism must not be lost.

Recession! It was amazing the quick recovery. The economy is steadily improving; the revenue generation is amazing: custom and even JAMB, just to mention few. Stolen moneys are being recovered and the war against corruption is a continuing one, must not be lost.

Operation back to farming was winning its way. Though, owing to the porous border, added to grazing areas being occupied by farmlands leaving no access roads for cattle crossing, the atrocities of the herdsmen, perhaps, by means of protest, in some certain parts of the country, become unbearable a security threat and a challenge to the operation feed the nation and boos the economy in with agriculture and not just mineral resources. Nigeria must take lesson from its neighbouring countries on how the farmers and the herdsmen live in harmony interdepently in peace, the war most not be lost.

There were also reports of abduction of farmers in their farmlands among other abductions for ransom, the war most not be lost.

Road rehabilitations and constructions are ongoing, train is introduced after many dicates decay and the dredging of River Niger made encouraging stories.

However, there seems to be lack of harmony between the executive and the leadership of legislatures at the national level.

It is indeed unhealthy to the system, retarding progress and development. The unnecessary delay in the passage of budget alone is enough a compass, the war most not be lost.

Now it is a time for the renewal of mandate. Those who have either poorly or never performed, would have to be shown the way out, the war most not be lost.

President Muhammadu Buhari is not a thief. He has good intention, good programme, a line of projects to progress and prospect for the country and her people. HRH the Oba of Lagos is a man of wisdom. He has seen achievements within four years, after so many years of ruin. He simply endorsed the move to the next level following the Obi’s.

Similarly, PMB was given a Royal Reception in Yola on February 7, 2019 when he visited for presidential campaign. He was received at the point of entry to Yola ancient city by the Royal horsemen.

“It is an esteem tradition and a show of esteem by the Lamido of Adamawa to special guests who come with good will.” Yakubu Abdullahi Yakubu the veteran journalist an authority on Fombina history, would remark.

HRH. Dr. Muhhammadu Barkindo Aliyu Musdafa the Lamido Adamawa, having thanked, congratulated President Muhammadu Buhari on his keeping faith with the contract he entered with Nigerians to end the insurgency, to revamp the economy and to wage war against corruption.

The Lamido further said that even though much achievements were recorded, PMB would certainly need more time to actulalise his dream for a better Nigeria.

“This therefore calls for all and sundry to rally round you and allow you to get to next level to enable you consolidate the various laudable programmes of your party,” the Lamido said.

Experience, remains a great teacher. The mistake of the past needs not repeat itself; while voting, the electorates should not forget to remember to vote wisely and peacefully.

This edition is purely reporting politics, focusing on the northeast Nigeria. How politics without bitterness will result in mutual coexistence irrespective of party affiliation.

the Jewel in the Savannah takes the lead.  Enjoy it.