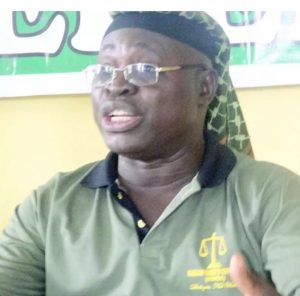 The Muslim Rights Concern, MURIC, has condemned the killing of sixty-six unarmed, never warring, Fulanis set to exercise their franchise scheduled for Saturday, in Kajuru Local Government of Kaduna State.

DAILY POST reported earlier that the incident occurred towards evening on Friday.

MURIC described the killings as barbaric, inhuman and provocative.

In a press statement signed by the director and founder of the organization, Professor Ishaq Akintola on Friday night, the MURIC said it was certain that the killings were intended to truncate the general elections.

“This killing is horrendous and cowardly act. It is calculated to truncate the general elections and also to provoke reactions. It is nothing but a terrorist act. No more, no less.

“The culprits must be apprehended. We strongly condemn the killings. Those who target vulnerable and innocent women and children for merciless killings deserve due punishment.

“These are rebellious subjects, enemies of peace. They see defeat staring at them squarely in the face in the 2019 elections.

“But they have decided to tow the path of violence instead of taking the expected outcome with equanimity.

“MURIC charges the Commissioner of Police in charge of Kaduna State to bring the culprits to book with immediate effect.

“Steps must be taken by both the government and security agencies to prevent the crisis from escalating. We appeal to Fulanis in the state to exercise restraint.

“The timing of the killings suggest that the culprits intend to cause mayhem capable of disrupting the general election not only in Kaduna State but in the whole country.

“That is why they launched their attack on the eve of the general elections. They have only used Kaduna State as a launching pad.

“We therefore call on the Nigerian security agencies to be on the tip-toes of alertness in order to ward off any crisis that rears its ugly head anywhere in the country particularly during the general elections,” he said

Governor Nasir El-Rufai of Kaduna called for calm against reprisal attacks as the state government and security operatives are working assiduously to weed terrorists out of the state.

Some people alleged to be in connection with the Kajuru killings were arrested.

Opinion: Why The North Will Not Vote PDP Massively…