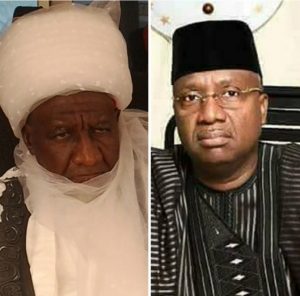 * No mercy for Masi in Maiha, Mubi – Literary Critic

* This is an abuse of power by APC governor – Opposition Parties

President Muhammadu Buhari would not want to have any electorate disenfranchised, chastised or chased against the chastity of their individual choices.

Therefore, PMB urged the electorates to elect freely and fairly, the candidates of their choices, while assuring a hitch free and peaceful electioneering atmosphere that would produce credible outcome by addressing the issue of thugs to be sponsored to snatch ballot boxes or disturb voting system taking appropriate security security.

President Muhammadu Buhari would not want to be elected through either rigging, intimidation or coercion, having been satisfied with the campaign he carried across the 36 states of the country.

PMB directed his party the APC to ensure that only identified credible members l would be shouldered with party agents responsibilities at the entire polling units in the country, with a view not to be compromised to be shortchanged. 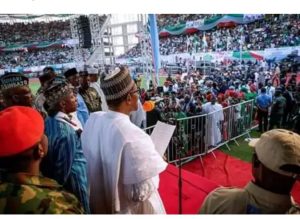 President Muhammadu Buhari would not like any unpopular governor to intimidate, coerce or subjugate by abrogating to himself a thorny crown of tyranny against legitimate throne threatening dethronement, suspension or dismissal, should the choice of the subjects as electorate goes in parallel with the ruling party.

However, the Fombina Times an online news media, reported that Governor Muhammad Umar Jibrilla Bindow of Adamawa state the Sardaunan Mubi has, on Friday February 15, 2019, directed the Emir of Mubi, HRH Dr. Isa Ahmadu a known apolitical monarch honoured by his subjects, to indulge in partisan politics, using his throne to openly campaign for the ruling All Progressives Congress ahead of the coming general polls to avoid the wrath of dethronement. 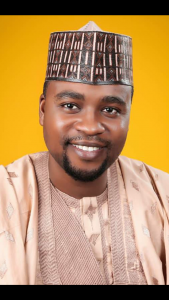 Ja’afar Magaji his boy for the house of representatives to represent Mubi North/South and Maiha, knowing full well that presidential election will be a walkover in favour of President Muhammadu Buhari,” an electorate explained.

Bindow said Electing his candidate would be necessary to be able to control them. Perhaps it was what made 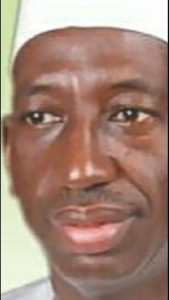 Hon. Abdurrahman Shuaibu Aras to be sacrificed for Jafar and Dr. Abdullahi Dauda Belel to have been a worthy senator to be schemed out right from the party primaries.

“Sen. Binta has not only not passed any bill known to us, she equally snubbed the constituency that mandated her, by failing to facilitate any development, alleviate poverty by aggressive empowerment schemes such as skills acquisition initiatives. She summarily abandoned her people such that even the Thanksgiving, she only has to organize it in a church not at Michika her hometown, Madagali, Mubi south, Mubi north or Maiha but at Yola where she ridiculed a faith,” an electorate lamented.

“Masi could not commiserate with the community and casualties of insurgency in her constituency. Her silence was equally suggestive of the endorsement of illegitimate subject by the governor as the district head of Jalingo-Maiha district, when Maiha LGA, joining the call to sak, gave her the highest votes during the 2015 election,” an electorate in Maiha said. 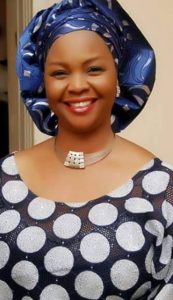 “Senator Binta Masi Garba fell out with the people of Mubi North, Mubi South and Maiha following reports, which attributed the senator as saying that her Muslim father threw her out of his family as a child after accepting the christian faith.”

Bindow was quoted as saying that Binta’s inefficiency must be forgiven even when she has not shown any sign of remorse, has not admit her failures and lacked the blueprint for a future assured to the next level.

“With the exception of President Muhammadu Buhari whose achievements are beyond comment, the elected APC members, have betrayed their party with their failures such that ADC has effortlessly taken over the zone.

Members of opposition party criticised governor Bindow’s royal threat of dethronement as opening a can of anarchy.

They recalled that Alh. Ahmadu Mana was made to be relieved of his position in Mubi emirate council as sarkin Matasa by governor Window, as the letter that went viral on social media would reveal, due to what some people close to the palace revealed to the Periscope, the Mana’s seeming political romance with Sen. Abdulaziz Nyako the ADC strategic gubernatorial candidate.
“When Bindow was reported to have contributed money worth millions of naira previously to PDP’s Atiku for his presidential flag off campaign, has he been removed from the governorship or suspended from the ruling party?”

The people of Mubi challenged the threat against their Emir by governor Bindow as a technical attack on the Emirate, chiefly to earn cheap however unpopular political credit, which would eventually nail APC into attack on integrity and transparency, free and fair elections by the opposition parties and civil society organisations.

However, a member of the ruling party in Yola, revealed to the Periscope Global Investigate that “Bindow is on his own and not speaking for the APC if he truly threatens the Emir of Mubi against the candidates of the subjects’ interests.

The Periscope Global Investigate tried getting in touch with the anti corruption tsar Malam Nuhu Ribadu the Director Field Operations for the APC President Muhammadu Buhari campaign committee, to find out whether or not he has heard of the development and what would be his reaction but could not get to succeed as at the time of the press.