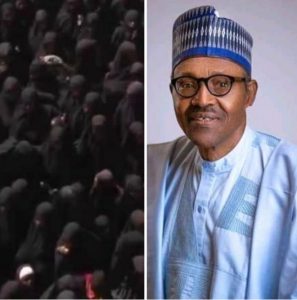 Contrary to the concocted story of a contract entered between Alh. Atiku Abubakar the PDP presidential aspirant and the about 5 million Shi’a members faithful to El-Zakzaky who is currently under custody, having been accused for treason, with a view to the effect, as was alleged, that the 5 million votes would serve as ransom to set their leader free among other treaties, a faction of the Shi’a movement with intellectual touchstone, under the name, Rasulul A’azam Foundation RAAF, presided over by Sheikh Nur Dass, Sheikh Saleh Sani Zaria and Muhammad Bashir Lawal, has issued a media briefing endorsing President Muhammadu Buhari for the 2019 presidential election, scheduled for Saturday February 23, 2019.

The foundation encouraged, not only it’s members but also the entire electorates in the country, to rally round and entrust their mandates to Muhammadu Buhari the man of integrity and transparency, for effective and efficient leadership.

The Periscope Global Investigate, will reveal that, Shi’a members, especially, the El-zakzaky faithful, for the most part, do not recognise the essence of democracy and democratic government they consider as Godless. They could therefore, be self-disenfranchise by not having PVC.

It was said that Muhammad the only surviving son of El-zakzaky, has been facing challenge to be understood by the followers of his father, on the necessity to participate in the governance of the country by embracing the voting system.

Muhammad El-Zakzaky is not alone in the Shi’a redefinition of partisan politics. Apart from the Rasulul A’azam Foundation RAAF, the Attafariq, another Shi’a group, said to be led by Sheikh Tahir Umar Suleiman Bauchi, considers the worthiness of partisan politics and honours the leadership of President Muhammadu Buhari.

it is therefore, necessary for the essayists, especially, those in Diaspora, writing about Nigeria, to go beyond mere academics aimed at propaganda, propagating obnoxiously falsified situation taken for a fact. They should be in tune with factual history rather than story full of mystery.

“It is rather economising the truth stating that the entire Shi’a member endorse Atiku to humiliate Buhari. Not All the Shi’a groups are comfortable with the Zakzakiyya movement.

“There are indeed different factions within the Shi’a, as a movement as much as the Tariqa,” Izuddeen a student of Islamic history remarked