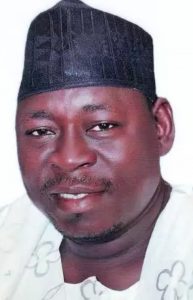 It was a humiliating defeat against the ruling party Saturday, at the southern senatorial zone of Adamawa state.

There have been allegations of complacency to conspiracy for a landslide victory against the ruling party by the key party members during the presidential and national assembly elections.

The Finder would find out that the aggrieved Adamawa Advocate for Justice; a youth group, has advised the Director General of Bindow/Martins Campaign Organization, Felix Tangwami to resign for his failure to demonstrate to President Buhari and Gov. Bindow that he could not compromise his mandate to deliver Adamawa state to APC

The group threatened Tangwami with a three-day ultimatum to either step down or face a forceful flexed fist for a Felix removal, feasted by over 15 youth groups faithful to the party, against Felix flaw, in Adamawa APC.

“We are using this medium to forewarn Governor Bindow that what happened in Demsa Local Government in the last presidential and national assembly elections in the country home of Felix Tangwami, has expressly exposed the unexpected anti party activities, we have accused Tangwami of being in complacency.

Mohammed Aminu and Hyella Ikwurunyi , the group’s chairman and secretary urged governor Bindow not to go to sleep with both eyes closed, having Tangwami as his campaign DG, in view of the Saturday’s humiliating Presidential and national assembly elections defeat from Tangwami’s local government of Demsa and the entire Numan federation.

“We urge APC supporters in Adamawa state, sympathisers and Bindow/Martins apologists, to ginger Mr. Tangwami to tread on the path of persuasion as a DG campaign organisation or resolutely resign for a capable party personality that can guarantee victory to APC at the gubernatorial and state assembly elections next Saturday,”

The group said that their members would be gallantly courageous and uncompromising in resisting either lotus eaters or treasury looters to take over control of the affairs of the state, dictated by victory at the polls.

The youth said they would not be weak next week picking a future assured train, in spite of the unpleasant, rather terrible terrain to the next level.

However, the Periscope Investigate will reveal that the entire Numan federation extending to Guyuk, with the exclusion of Shelleng, have not been a catchment zone of President Muhammadu Buhari going by the experiences in the previous elections.

It is only unfortunate that Mayo-Belwa and Jada local government areas, hitherto won by the ruling party, were taken along with the senatorial seat by the opposition PDP.

The expensive experience, was analysed as being attributable to farmers – herdsmen crises that have negligently devastated the area, thereby disenfranchised teeming electorates forced by mutual antagonism, for unprepared relocation for good.

The crises were said to have affected the popularity of both the state and the national government in the area the communities accused of not being proactive in intervening into the bloody conflicts.