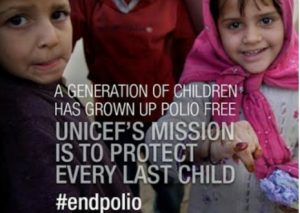 The newly appointed Executive Chairman of Adamawa State Primary Healthcare Development Agency (ADSPHCDA), Dr Batulu Mohammad has lauded journalists in Adamawa for their renewed commitment in the fight against polio and other epidemic diseases in the state.

Batulu made the commendation Friday in Yola while receiving members of the newly formed Journalists Against Polio (JAP) group in Adamawa.

Batulu said media is playing a unique role in the area of enlightenment in the fight against polio and other diseases and deserve all support and corporation from stakeholders to continue the good work.

Batulu who lauded UNICEF for supporting the activities of JAP, said her agency on its own part would also collaborate with JAP in areas of enlightenment.

“The more we enlighten the public the more we prevent outbreaks, and if outbreak occurs with the needed publicity around it would be properly managed with minimum morbidity,” Batulu said.

Earlier, the chairman of the Coordination Committee of JAP, Alhaji Yusuf Nadabo of Adamawa Television (ATV) congratulated the executive chairman over her well deserved appointment and prayed for her to succeed in her assignment.

Nadabo said the committee members were there to pay her courtesy call and to sought for her agency’s sustain collaboration with JAP.

Nadabo said JAP activities supported by UNICEF involved mobilizing the public against polio and other epidemics like Lassa fever and cholera.

He explained that JAP engage in organizing awareness rallies, production of jingles and advocacy visits to communities and stakeholders.