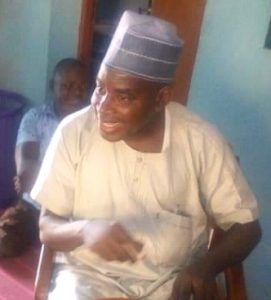 Malam Shehu Aliyu started his working carrier with Adamawa Broadcasting Corporation ABC Yola. Owing to his added editorial experience with print media, he was redeployed by the Nyako led government, to Adamawa Press Limited the publishers of the Weekly Scope newspaper to serve as the editor, when Nuhu Mbamba the Scope editor’s tenure was terminated with retirement.

It was indeed a proven rather appropriate choice because the Scope newspaper paper had had an improved quality as much as increased readership hence a widened coverage, as vendors have attested.

The editorial’s unrepentant rather radical opinion, was consistent: the northeast must get out of the maze occasioned by complacency to conspiracy in the Boko Haram insurgency.

The politically motivated, state of emergency, which resulted to the imposition of curfew in Adamawa state, allegedly calculated to kill the economy and humiliate the people’s confidence in the Nyako led government must be brought to a permanent halt.

The covertly critical thinking team for the radical in rescuing the community as as a social responsibility outside the Scope family, was drafted. I was part of the team then as a columnist calculated to combat complacency to conspiracy in the crises resulting from insurgency.

The local community should be encouraged to read newspapers even in vernacular language. This saw the idea of introducing Hausa and Fulfulde news columns inserted into the scope newspaper; a Shehu Aliyu allied initiative, making impact to this day.

However, with the illegal impeachment of Baba Maimangoro, Shehu Aliyu was sent back to his base in ABC Yola to continue as news editor, news producer, among other responsibilities, until yesterday when I was told, he was being served with a letter “crowning” him as Director Languages with ABC Yola.

Shehu Aliyu is among the editorial board members of the Periscope Global Publishers.

Shehu Aliyu was among the Periscope Global Publishers 2016 and 2017 Investigative and human angle stories award winners.