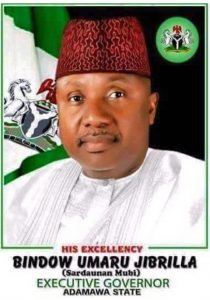 Bindow said this has become necessary in view of declaration of Umaru Ahmadu Fintiri as the in coming governor by Independent National Electoral Commission.

Bindow said, that as a Democrat, he cherished democratic norms as well as values. He wished the governor elect a successful tenure.

Bindow pointed out that his actions were in the best interest of cohesion. 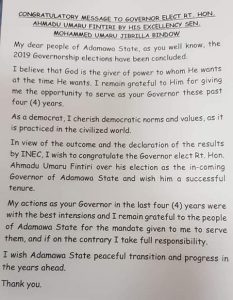 Having commended the electorates, Bindow appreciated people of Adamawa for giving him the opportunity to serve.